17 alpha alkylation (17aa) refers to the first synthetic alteration that scientists utilized to increase oral bioavailability of synthetic testosterone. 17 alkylation is the addition of an alkyl group to the alpha (A) position of the 17 carbon of the steroid backbone. The idea for this is to prevent androgen deactivation, which allows the steroid to avoid first pass liver metabolic degradation. 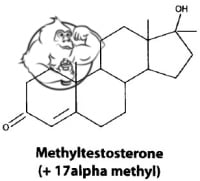 The Journey of Oral Steroids

When you take an oral steroid, it will make its way to the intestines, where it is absorbed into the portal circulation. It is then carried to the liver, which is our bodies workhouse to inactivate drugs. If the steroid fails to make it past this point, then very little will make it to the rest of the body. An oral steroid that is 17 alpha-alkylated will be able to pass through the liver without being destroyed by it.

There is an alternate way to bypass the liver that oral steroid researchers have found. By altering its structure and making an oral steroid lipophilic enough (example: Andriol), it can be absorbed through the lymphatic system and bypass the liver. The main problems with lipophilically modified steroids are two fold: First, there is a high variability in absorption from one person to another, and, second, they are nowhere near as potent as 17 alpha-alkylated steroids.

Many bodybuilders, including numerous forum members, confuse the meaning of methylated. To methylate means to add a methyl group to the 17 alpha position. For example, Superdrol, which is a potent oral anabolic steroid, is a C-17 alpha alkylated steroid. It is a methylated version of Masteron, which is an injectable steroid. This methylation makes Superdrol orally active and about 3-4 times stronger than masteron; however, it's also a lot more toxic to the liver.

Another example is Boldenone Undecylenate (Equipoise). This is an injectable steroid that gives a user slow and more quality gains, with generally low side effects. If you methylate it, you can take it orally, and it is now considered Dianabol (Dbol), which is an oral steroid that's toxic to the liver.

17 alkylation is an effective means to get results when steroids are taken orally vs. injected; however, it comes with dangers and drawbacks. These steroids are toxic to the liver, some more than others. Bodybuilders who abuse oral steroids or prohormones have had problems with yellowing skin, eyes, which is indicative of jaundice. They were unaware that legal prohormones bought over the counter can potentially hurt their liver when abused. Young people and those who are predisposed to liver problems are most at risk.

Long term abuse of 17aa oral steroids and prohormones can increase the chances of liver cancer. While short term use can strain the liver, which will show up in blood work.

In bodybuilding circles, they are known as AST and ALT. AST is found in a variety of tissues within organs and ALT is found largely in the liver.

How to combat liver problems on cycle with TUDCA

When using 17 alpha alkylated steroids, it is common for these numbers to be well above the upper end of the normal range, and this is why it is important to not run them for long periods of time. Also, you should not to run orals at high dosages. The average cycle length is 4-8 weeks, 6 being the average.

When using oral steroids, it is important to run support supplements to help cleanse the liver. One such supplement is N2Guard, which contains Tudca (tauroursodeoxycholic acid), as well as many other herbs and vitamins. It is designed to aid with liver and organ health. Tudca used to be extracted from bear bile; in fact, it allows bears to eat a very high fat diet without an impact on the liver. These days there are safer ways to extract Tudca; as a result, it has become a staple for oral steroid users. Studies have shown it's a natural treatment for liver problems thanks to being a powerful liver cleanse and a booster to bile mobilization.

On December 18, 2014, the Designer Steroid Anabolic Control Act of 2014 was signed into law making prohormones and designer steroids illegal. One of the factors in this law was removing 17 alpha alkylated compounds from stores and out of consumer reach.

Want to read about 17aa on our forums? check out these threads: 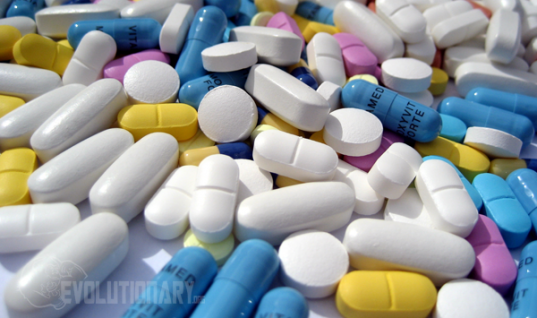 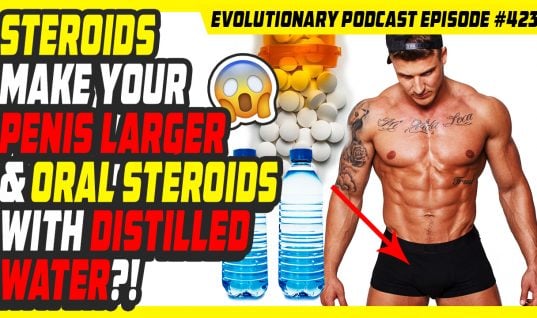