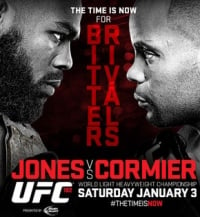 Going into this main event, both Jones and Cormier were undefeated in the UFC, but only 1 man had the guts to really take the fight and that was...Jon Jones. In the opening round, there was a lot of wild swings and lot of feeling out. In the 2nd round Cormier really took it to Jones, inside dirty boxing and really found his distance. In the 3rd, Jones discovered that if he holds Daniels right hand during the clinch he can negate his dirty boxing from the inside. Guess what? That's exactly what Jon did. He held the right arm of Daniel, completely cutting of his dirty boxing.

A few things about the 3rd round: a) a few times it was clearly visible that Jon Jones was HOLDING the inside of the glove for Daniel Cormier with his long fingers. He was sneaking it in and trying to hide it from the judge. In addition, a poke to the eye by Jones (fight paused) and further pokes that the fight didn't stop for were clearly visible.

In the 4th round came disaster, Jon Jones realized that Daniel Cormier was gassing out and took advantage. He leaned into him, held him against the fence and put his weight on Cormier. Unfortunately, any inside work Daniel tried to do (in the clinch) was stopped by 2 things: his gas tank and Jones holding his glove from the inside (holding his right arm). Many times we saw the referee Herb Dean run around looking on the inside to see if Jones was doing it. It was a clear suspicion of the referee that Jones was putting his fingers in Cormiers glove (he said it out loud). After 2 takedowns against the cage, Jones dominated Cormier.

Then came the 5th round. This was essentially a repeat of round 4 with a small twist. Daniel managed to lift Jon off the ground and slam him a little, this was at least somewhat effective, but it killed his gas tank. They literally spent most of round 5 against the cage in the clinch as in round 4.

I'll make this one short, Donald Cerrone is a great fighter who was faced against a young upstart Jury. While Jury attempted some take downs and inside work (outside too) during the 1st round, the later 2 rounds were dominated by Donald. In the 3rd round, Cerrone had enough of Myles trying to hug him and take him down, he literally kicked Jury in the legs as Jury was pulling guard.

I'm not a fan of light fighters at 125-135, but I have to give credit where credit is due. Kyoji Horiguchi dominated Louis Gaudinot for all 3 rounds. In the 1st round, Kyoji did a lot of feeling out, jumping around, very Karate style, but in the 2nd he came on strong. He would literally dance around Louis with a wide stance and blitz in for an attack and get out before Gaudinot had a chance to respond. In the 3rd, Kyoji really laid it into Louis and completely dominated him with short inside bursts, attacks. The fight look liked Kyoji was 125lbs and Louis was 185lbs, the speed difference was amazing. 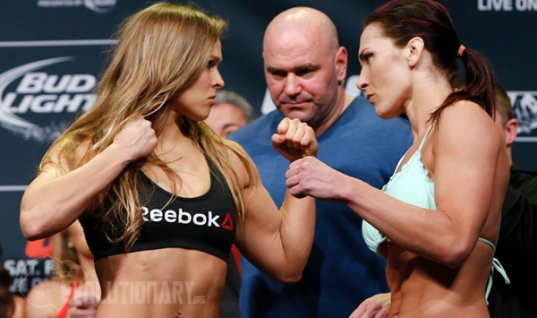 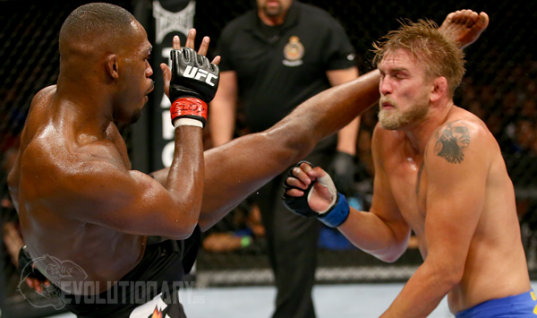