The Italian Olympic Committee's anti-doping court has announced that Alex Schwazer will receive extra 6-month ban for evading doping tests but then lopped three months off. It was however revealed that the former Olympic race walking gold medalist will still be eligible to potentially compete in the 2016 Summer Games. 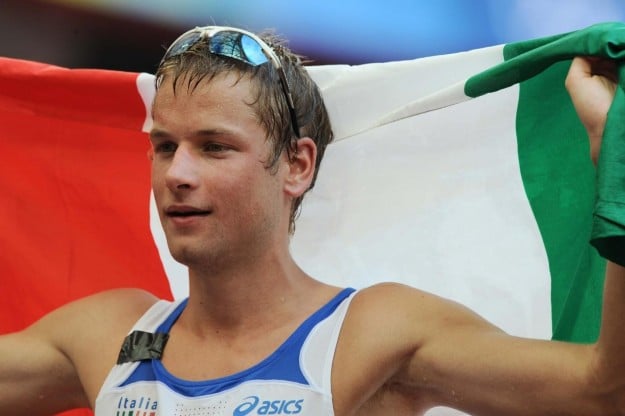 Schwazer failed an out-of-competition test before arriving at the 2012 London Olympics. He was removed from the Italian team before competing and later admitted to using the blood-boosting hormone EPO. Schwazer remarked he used EPO to win a second straight 50-kilometer walk gold medal at the Olympics as he was feeling the pressure.

The race walker insisted he won his 2008 Beijing Olympics gold without the use of drugs and said he "wanted the gold again at all costs." Schwazer remarked he learned to use EPO via the internet and added the last three weeks after the doping test were "terrible" as he knew the results would be positive.

Runner-up at the 2008 IAAF World Race Walking Cup, the race walker decided to quit the sport before he changed his decision and said he was targeting the 2016 Games. The race walker also admitted to consulting with Lance Armstrong's banned sports doctor, Michele Ferrari. The 2008 Olympic champion Schwazer was banned for four years.

The anti-doping court announced that additional punishment will start from the end of the 3 1/2-year ban of Schwazer and includes a three-month suspended sentence, allowing him to return to competition on April 29, 2016.

The ban for evading tests was shorter than it might have been due to the cooperation of Schwazer and may be reduced further. The race walker remarked it could have been gone better or worse. The Italian race walker added there was a clause in his previous ban for a reduction and he hopes this one will be cut. The Olympic 50k walk champion also remarked that he would like to have a clear and planned route to the Olympics and said it would be quite hard to come back only in March.

Last month, a 16-month ban was imposed on Schwazer's ex-girlfriend and former figure skating world champion Carolina Kostner for helping him evade a test and other infractions. Schwazer added it is not true that he got Carolina Kostner in trouble and that this reduction is for having put her in trouble. The Olympic bronze medalist figure skater admitted she lied to drug testers, looking for Schwazer in order to perform a drug test, who showed up at her home in 2012. Kostner however said that she did not know he was using performance-enhancing drugs. Carolina Kostner also told the prosecutors that Alex Schwazer slept in an altitude chamber that is not banned by WADA but is illegal in Italy.

The 27-year-old Kostner, the 2014 Olympic bronze medalist and 2012 world champion, already announced before the ban that she would be taking this year off from competition but a long ban would rule her out of the 2018 Olympics in Pyeongchang, and could end her career.