Anabolic and Androgenic Steroids have two main mechanisms of action: anabolic (to promote growth, or put simply - build muscle), and androgenic (to promote virilization - development of male sexual characteristics).  While the androgenic side effects of steroids are not of a huge concern for males, they need to be strongly taken into account by females. 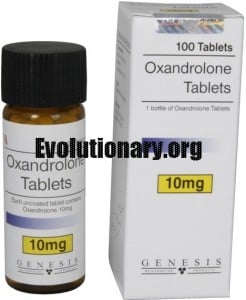 Anavar is the brand name associated with the steroid oxandrolone.  Since the pharmaceutical company G.D SEARLE & CO released Anavar in the early 1960’s, it became one of the oldest steroids.  Therefore, it is no surprise that to date, it is the most widely used oral steroid.  Anavar is a dihydrotestosterone (DHT) steroid with an oxygen atom replacing a carbon-2 in the A-ring, and it has a methyl group added to the 17th carbon position.  As a result of these two alterations, Anavar is classified as a C17-alpha alkylated (C17AA) steroid, which allows the steroid to be taken orally and increases the hormone's anabolic activity.  However, this also makes this steroid liver toxic.

Anavar is prescribed in the medical community for the purpose of weight gain necessitated by patients with muscle-wasting condition caused by disease, illness, or surgery.  For instance, the most common examples would be hepatitis patients and children with delayed onset of puberty.  Furthermore, Anavar has been clinically shown to be effective for treating prolonged exposure to stress hormones (corticosteroids), such as cortisol.  This is of huge benefit to athletes, as stress hormones are muscle-wasting hormones.

Anavar compared to other steroids

Anavar has a few direct traits that make supplementing with it appealing, especially to bodybuilders.  Some of these benefits are:

In addition to the above mentioned properties of Anavar, the most appealing of all is the fact that it is one of the only true fat burning steroids.  Unlike other steroids, all of which will promote fat loss due an increase of metabolic rate, Anavar has been directly shown to promote lipolysis by decreasing thyroid-binding globulin and increasing thyroxine-binding prealbumin (TTR).  Consequently, these actions result in the body’s main thyroid hormone T3 (triiodothyronine) to be used more efficiently by the body.

Notes on the cycle:

Note: The Cardarine (GW-501516) has a short half live, so ideally the dosage should be split into an AM and PM intake. In this particular case 10 mgs is taken in the morning and another 10 mgs taken in the evening. 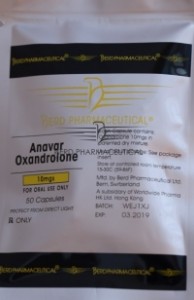 Want to read about Anavar for Women on our forums? check out these threads:

Written by
Trevor Kouritzin
Have something to contribute?
LEAVE A COMMENT