For the most part, Anavar (oxandrolone) is known as a relatively mild steroid, and it does not aromatize into estrogen or cause progestin related activity.  Therefore, Anavar supplementation cannot lead to gynecomastia or water retention.  Moreover, the risk of high blood pressure is very low with Anavar usage. 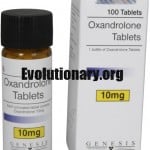 Anavar is not a potent androgenic steroid, but androgenic activity is still there.  Consequently, in females, this can lead to acne, increased body hair growth, accelerated head hair loss, voice deepening, and clitoris enlargement.  Unfortunately, few women are aware of the fact that the androgenic side effects are cumulative.  What this means is that virtually no side effects will be present after one cycle.  However, if you continue to cycle with Anavar and get into the 3rd, 4th or 5th+ cycle range, the side effects will slowly start to creep up on you and become seriously noticeable.  The worst part is that the androgenic side effects are permanent, and will remain even after you discontinue the usage of Anavar.  That means you will have male-like characteristics for the rest of your life!

5-alpha reductase inhibitors (such as Finasteride) are often used to combat the androgenic side effect of hair loss, as they will reduce the conversion of testosterone to DHT.  Nonetheless, this will have virtually no effect on Anavar because it is already a DHT derivative. 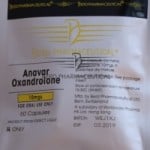 Just like all carbon 17-alpha alkylated steroids, Anavar is toxic to the liver and liver enzyme values will increase when this steroid is used.  These increases in liver enzyme values are an indicator of stress on the liver that can potentially lead to damage.  Therefore, it is very important to be a responsible steroid user and supplement with a liver aid such as N2guard when using hepatotoxic oral steroids.

Beyond supplementing with a liver aid, a responsible steroid user will avoid any other activities that are stressful to the liver, such as the use of recreational drugs or excessive alcohol consumption.  Don’t discontinue any medication without your doctor’s guidance.  However, remember that cholesterol drugs and the painkillers like Tylenol (acetaminophen) carry a very hepatotoxic nature, which is in some cases even greater than the oral steroid itself.  All in all, you should not supplement with Anavar if you already suffer from any type of liver issue.

Regarding the safe cycle duration, limit the use of Anavar to a maximum of 6-8 weeks, and do not supplement with another carbon 17-alpha alkylated steroid again until liver enzyme values have returned to normal.

Pharmaceutical grade Anavar is very hard to find, and it is extremely pricey because it's an expensive hormone to manufacture, with the cost of raw anavar being 6-10 times that of other oral steroids.  However, underground labs produce the majority of Anavar available on the black market, where it is often faked with other oral steroids, like Winstrol (stanozolol).  Currently, winstrol is the most common replacement for anavar by UG labs.

This is a big problem in the steroid industry these days.  Women are getting fake or counterfeit anavar, with mixes of winstrol or tbol.  This leads to unforeseen side effects.  As a result, one can experience more significant androgenic effects, so women supplementing with fake Anavar would be at the risk of experiencing more emasculating side effects than expected with the original product. 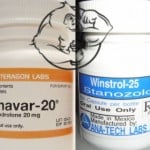 SARMS (selective androgen receptor modulators) are a great alternative to Anavar, especially for females.  Compounds of this class provide the traditional benefits of steroid use (such as increased muscle mass, increased bone density and fat loss), but they are more selective in their mechanisms of action.  Thanks to this, it is possible to prevent some of the negative side effects associated with steroid usage, such as: liver stress, virilization (development of male gender characteristics), and increased LDL/HDL cholesterol ratios.

There are many SARMS on the market, but only 5 SARMS that are most effective as replacements for steroids:

Note: Both Cardarine GW-501516, and Andarine (S4), have a short half life, so ideally the dosages would be split into an AM and PM dosage.

Want to read about Anavar side effects and alternatives on our forums? check out these threads:

Written by
Trevor Kouritzin
Have something to contribute?
LEAVE A COMMENT