Tricia Smith, the new president of the Canadian Olympic Committee, has remarked positive doping tests are a huge step in the right direction amid one of the biggest doping scandals in Olympic history. 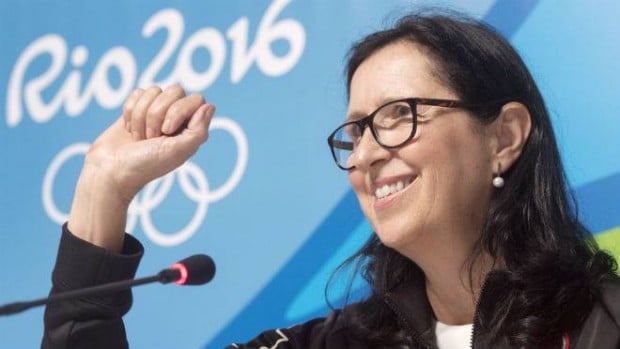 Tricia, who was a national team rower during the East German doping era of the 1970s and '80s, said she is happy to learn that anti-doping authorities are catching cheats now. The COC President remarked she believes we are making progress and added it is definitely a turning point, and it is an opportunity, because the focus is really on it now so she thinks we just keep our foot to the gas pedal on this and don't let up.

The COC president said advanced testing measures have allowed samples from previous years to be retested and this has resulted in a virtual re-write of numerous past Olympic and world championship results. Tricia also remarked she thinks it is great that we are actually making some progress, and now an athlete will give a sample here in Rio and we have 10 years of science to catch them if they're taking that chance and doping.

Tricia said she is interested to hear more about how swimmers including her sister who were victims of a doping scandal during the 1976 Summer Olympics in Montreal and remarked they might be honored with upgraded medals. The COC president said she is curious to know how East German women who participated as steroid-fuelled swimmers in 1976 received compensation 30 years later from the German government and still have managed to kept their Olympic medals. Tricia said it would be nice if it was at least acknowledged that our results were affected by the systemic doping at that time. In 2005, 167 former East German women, swimmers included, went to court asking compensation from the German Olympic Committee for being subjected to the doping and received cash payments two years later in 2007.

The staff of Canada’s swimming team had predicted in the days leading up to the 1976 Games their female swimmers would win four gold medals before a home crowd. However, the East German women coasted to 10 gold medals, six silvers and one bronze in the pool. The host Canadian women came away with one silver and five bronze and one of the bronze medals was won by Tricia Smith’s sister, Shannon, in the 400-metre freestyle. None of the East Germans failed drug tests in Montreal though the records of the East German government disclosed later revealed a state-sanctioned doping program.

Curt Harnett, Canada's chef de mission in Rio, said Canada has gained some respect along the way. Some of the strongest voices in the anti-doping movement include Canadian lawyer Dick Pound was a founder and the former president of the World Anti-Doping Agency (WADA), Beckie Scott, Hayley Wickenheiser, Abby Hoffman, and Canadian law professor Richard McLaren. Harnett also remarked he thinks we are respected for the position that we take and also commented certainly Canada's not perfect and we are not saying it is just Russia's problem as people will always try and cheat.