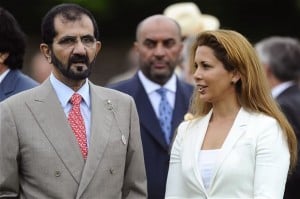 Pierre Arnould, the Belgian national coach who said that endurance racing may get banned if the International Equestrian Federation (FEI) could not reduce doping and welfare issues in the Middle East, has been flooded with messages of support.

Arnould believes the International Equestrian Federation is not coping with the doping scandal that has afflicted the second horse sport in which Sheikh Mohammed, husband of FEI chief, is the major global player. The Belgian national coach and a member of the International Equestrian Federation’s (FEI) endurance committee had remarked that he doesn't want to be fighting any country involved in endurance. Arnould added he wanted his children to have the same long career in endurance that he enjoyed, but if we don’t do something quickly, endurance will not exist in a few years – someone will have banned it. Arnould referencing Dubai, Qatar, and Bahrain said everything would be idyllic but for three federations who cast shame on the sport and because of this infamous trio, endurance is now in the front pages of the world press who, truly, denounce serial scandals: cheating, doping, corruption, and conflicts of interest.

The Belgian coach was publicly rebuked by FEI secretary general Ingmar de Vos for speaking out and bringing endurance “into disrepute” without consulting fellow members of the FEI endurance committee. The International Equestrian Federation (FEI) Secretary General said that as an individual Pierre Arnould can speak his mind, but he cannot speak on behalf of an FEI committee without consulting its chair and his fellow members. He added this is not just a legal issue and his actions show a total lack of respect. Ingmar De Vos added Arnould is in clear breach of this signed agreement and his behavior is totally unacceptable and he is currently looking into whether any further action needs to be undertaken and remarked the FEI is working to address the issues in endurance and has been for some time.

But, the website of Endurance Belgium reports being inundated with support messages from riders and officials, along with forums worldwide and the “Clean Endurance” Facebook page. Meanwhile, FEI president Princess Haya assured 130 national member bodies that the International Equestrian Federation would resolve concerns expressed by individuals and the Swiss, French and Belgian federations, since April.

Princess Haya in a personal note disclosed that FEI vice-president, top British vet John McEwen, had visited the UAE for meetings and she had realized there was potential for a conflict of interest when she was elected president in 2006 because of her marriage to Sheikh Mohammed. Haya remarked she officially acknowledged a potential conflict of interest and delegated authority to the vice-presidents and executive board and added she has maintained that approach throughout her entire time in office. She went on to add that all of the people authorized to handle issues related to endurance have her full confidence and she knows they will do what they think is right, without regard to her views. She also remarked it is frustrating not to be able to react as quickly as individuals and the media, but as a democratic organization and a governing body, we need to respect democratic processes and take the time to consider all relevant elements.