Tour de France champion Chris Froome has responded to the drug controversy surrounding Bradley Wiggins by claiming the anti-doping rules of the sport are open to abuse. 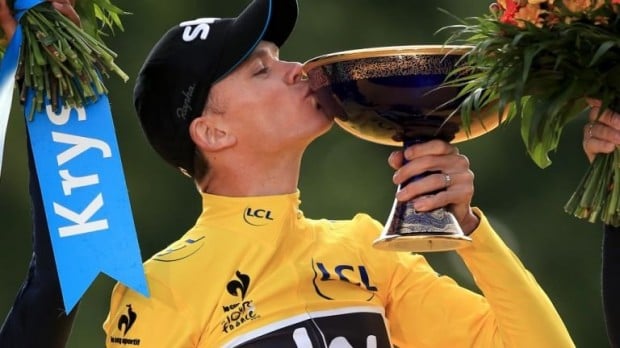 A five-time Olympic champion, Wiggins received three Therapeutic Use Exemptions for intramuscular injections of the powerful corticosteroid Triamcinolone on the eve of the 2011 and 2012 Tours de France and 2013 Giro d'Italia. The drug has been described by many dopers as one of the most effective performance-enhancing drugs. Triamcinolone is useful to lose weight without losing power, postpone fatigue, and aid recovery. Disgraced cyclist Lance Armstrong tested positive for it at the 1999 Tour but used a fake Therapeutic Use Exemption to avoid an anti-doping violation.

Froome, who won his third Tour de France title in four years in July, took to Twitter to vent about the issues with doping controls. This was after two officially approved Therapeutic Use Exemptions (TUE) earlier in his career were revealed by hackers. The British cyclist remarked he takes his position in the sport very seriously and he knows that he has to not only abide by the rules, but also go above and beyond that to set a good example, both morally and ethically. Froome commented that he does agree that the therapeutic use exemption system is open to abuse and he believes that this is something the cycling's governing body and the World Anti-Doping Agency need to urgently address.

Froome also remarked he never had a 'win at all costs' approach in this regard and he is not looking to push the boundaries of the rules and further added there are athletes at the same time who not only abide by the rules that are in place, but also those of fair play. The cyclist added he believes that is something that athletes need to take responsibility for themselves until more stringent protocols can be put in place.

The comments of Froome may be interpreted in the context of his fractious relationship with his former teammate after Team Sky principal, Sir Dave Brailsford, defended the team’s use of TUEs and insisted they had done nothing wrong. Froome, who acted as Wiggins’s key lieutenant during the 2012 Tour de France, has repeatedly clashed with him. Froome appeared to defy team orders on the slope of the Peyresourde and took off without Wiggins in tow. It was later claimed by Team Sky sports director, Sean Yates, later claimed Wiggins had come close to quitting the Tour because he believed he had been “stabbed in the back” by Chris Froome.

Recently, one of the former team doctors of Wiggins expressed his “surprise” at the decision to allow Wiggins to use Triamcinolone ahead of three major races. Prentice Steffen questioned the move by the International Cycling Union to grant TUE exemption to Wiggins for the powerful corticosteroid just days before the 2012 Tour de France, which Wiggins won, as well as the 2011 Tour and the 2013 Giro d’Italia. Steffen was multiple Olympic champion Wiggins’s doctor at Garmin Slipstream before the Briton joined Team Sky.