Newly developed Growth hormone (GH) biomarkers will be added to the battery of tests at the upcoming Olympic Games in Rio de Janeiro. These tests will be in addition to the GH biomarkers that were applied for the first time in 2012 in Olympic anti-doping tests in London Olympics. 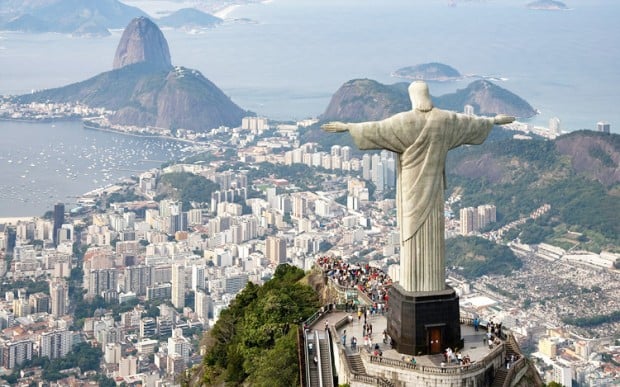 Matt Fedoruk, science director at the US Anti-Doping Agency (USADA), we are now looking at two biomarkers, Insulin-like growth factor 1 (IGF-1), and Pro-peptide of type III procollagen (P3NP) rather than looking for the recombinant growth hormone itself that allows us to look at the effects of GH for a much longer period of time. Fedoruk added we are moving towards an era that is more forensic-based rather than just pure toxicology-based. The science director at USADA added there are substances in urine and blood samples that our bodies produce naturally, but that can change with the use of doping products and added those changes last a longer period of time than the prohibited substances themselves when we look at them in the body.

Anthony Butch, professor of pathology and laboratory medicine at the UCLA School of Medicine and director of the UCLA Olympic Analytical Laboratory (the world’s largest WADA-accredited lab), remarked there is no doubt that the Brazilian lab will be using extremely sensitive instrumentation. Butch added they will be using gas chromatography triple quads (quadrupole mass spectrometry systems) instead of GC single quad systems that give you another layer of sensitivity. The professor of pathology and laboratory medicine added we were already identifying a lot of anabolic steroids with the GC single quad and now we are using a GC triple quad, which is kind of MS/MS [tandem mass spectrometry, a method for structure determination and analysis of complex molecules]. Prof Butch explained sensitivity is much better because you’re looking at a product that comes from the precursor molecule, so your background noise is much lower and it improves your specificity. He added you can detect probably half the concentration that you can do with some of the single-quad instruments and that is technology that they will have in Rio because they are buying the best of the best for the Games.

‘The Prohibited List’, a document updated and published every 1 January by WADA, is the most visited document on website of the World Anti-Doping Agency. This document specifies the names of approximately substances and doping methods that are presently banned by the global anti-doping agency. During the Rio Games, Francisco Radler de Aquino Neto, who works full-time at the building as both head of the LBCD and professor at the university’s Chemical Institute, and his team will be mapping over 500 substances in a constant stream of athlete samples arriving at the laboratory that is co-located at the Federal University of Rio de Janeiro’s Chemical Institute. This means that prohibited drugs, hormones and metabolic modulators' detection at the Rio Olympics will be possible for both lower concentrations and longer time windows than during the London 2012 Olympic Games. The Brazilian Doping Control Laboratory (LBCD) will be in charge to screen the tens of thousands of tests that would be carried out this summer before and during the Rio Games.