A video message saying the International Association of Athletics Federations had "betrayed" athletes by not doing enough to fight doping has been released by a group of athletes led by Olympic discus champion Robert Harting. 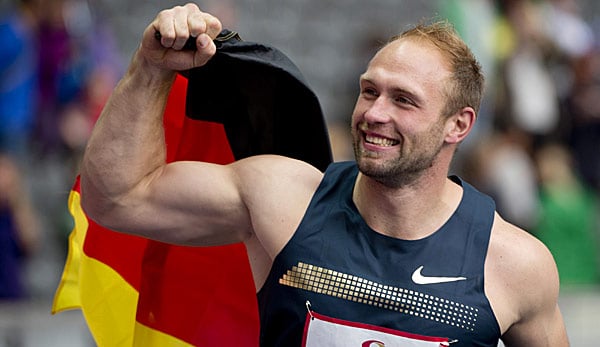 In the video, U.S. shot putter Eric Werskey remarked the IAAF has damaged our sport. Harting's girlfriend, discus thrower Julia Fischer, holds up a handwritten message that says the IAAF broke her childhood dreams. Hammer thrower Kathrin Klaas blasted the IAAF by saying that the organization put money over athletes while 800-metre runner Robin Schembera remarked he wants to run against clean athletes and not monsters.

The World Anti-Doping Agency has already initiated investigations into the claimed made by the German broadcaster. The IAAF has stated that it is comfortable that an independent, impartial assessment of the data and the follow-up action by the IAAF will now be made by the competent authority.

Harting said in the English-language video posted on YouTube that athletes could not trust the world governing body of athletics anymore. Harting, a three-time world champion who won Olympic gold in London in 2012, has been a vocal critic of the IAAF for long. The Olympic discus champion refused to be considered for the IAAF's "Athlete of the Year" award in 2014 as he did not want to appear alongside candidates who have served doping bans, including Justin Gatlin, the U.S. sprinter.

In a statement, the IAAF said it very much appreciates and admires the passion, commitment and strength of opinion of all clean athletes and their feeling of intense frustration following the recent unfounded media accusations concerning the IAAF's anti-doping program. The Monaco-based federation invited Harting to its offices or one of the competitions to personally review the fight against doping of the federation and see all its steps in rooting out the cheats and protecting the credibility of competition. The IAAF also added we would love to welcome Robert Harting, whose no-nonsense anti-doping stance we greatly admire, to come and talk to us so we can address his concerns.

The video message, by a group of athletes, was released after reports by German broadcaster ARD and The Sunday Times newspaper that blood doping was rampant in athletics. The two organizations cited test results from an IAAF database. According to the allegations, the results of 12,000 blood tests involving 5,000 athletes from 2001 to 2012 were examined and 800 were found to be suspicious. It was further alleged that 146 medals — including 55 gold medals — in disciplines ranging from the 800 meters to the marathon at the Olympics and world championships were won by athletes who have recorded suspicious anti-doping tests.

The International Association of Athletics Federations vehemently denied all suggestions that the world governing body of athletics failed to follow up on the suspicious tests and that it was not doing enough to uncover doping cheats. The IAAF also hit back at two Australian anti-doping scientists, Michael Ashenden and Robin Parisotto, whose findings led to allegations of widespread doping in the sport by saying they were not right to claim that the IAAF did nothing on suspicious blood profiles.