The Provincial Court of Madrid has ruled that blood bags involved in the Operation Puerto scandal could only be used to identify those with open cases. This suggests that names of the athletes involved in the big scandal would be left unnamed. 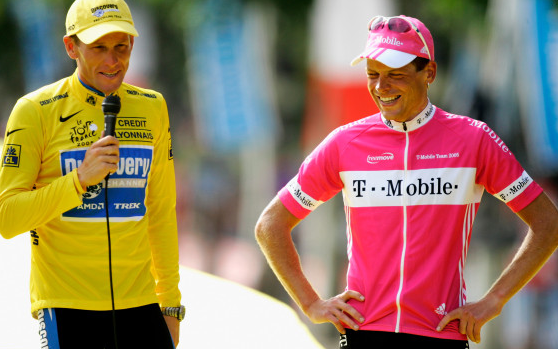 Last July, more than 200 blood bags at the centre of the drugs scandal were passed to the International Cycling Union (UCI) and the World Anti-Doping Agency (WADA). This followed the long-awaited decision of the Madrid Court to transfer the contents of the blood, plasma, and red blood cells to anti-doping authorities.

In 2006, two-hundred and eleven frozen bags of blood and plasma were seized from the clinic of disgraced doctor Eufemiano Fuentes after a police raid. It was then disclosed that Fuentes facilitated blood doping to several of the leading cycles worldwide. However, doping was not considered to be an offence in Spain during that time and the doctor was initially given a suspended sentence of one year on public health grounds.

Previously, the court had ruled out that the evidence should be destroyed but this was overturned after the UCI and WADA made appeals against this decision. An initial verdict by Judge Julia Patricia Santamaria to destroy the evidence was appealed by the Royal Spanish Cycling Federation, WADA, the UCI, and the Italian National Olympic Committee. However, it took a decade until the decision to provide 211 blood and plasma bags to WADA and UCI. The World Anti-Doping Agency had remarked then that the investigation also resulted in anti-doping rule violations for five cyclists; and, led to suspicion of numerous as yet unnamed athletes from other sports that had been treated by Dr. Fuentes.

In a letter, the court has ruled now that the blood bags can only be used in currently existing cases against athletes but the decision effectively means that athletes will not be named by anti-doping authorities with no cases reportedly open. The ruling said the request for the samples was not intended to discover potential athletes in order to open disciplinary proceedings against them, which was an argument put forward by the court to consider that it would be a prospective investigation. The Spanish Court offered the clarification after Fuentes urged for the bags to be returned to him after claiming publication of the names would breach doctor and patient confidentiality. Till now, there has been no appeal process against this decision.

Anti-doping officials have faced serious difficulties in naming athletes as the statute of limitations has passed with the case now in its 11th year. Till now, only a very few involved cyclists have been ousted, including Spanish rider Alejandro Valverde, Tour de France winner Jan Ullrich of Germany, and Italy's Ivan Basso. Many eminent players from football, tennis, and other sports are also alleged to have been involved in the Operation Puerto doping scandal that has dented the sporting image of Spain. It is widely believed that this scandal cost Spain the bid for the 2020 Olympic and Paralympic Games.