Australian Olympic champion rower Kim Brennan has expressed deep disappointment that her integrity as a clean athlete has been called into question over a shot of Adrenaline that was administered in a medical emergency. 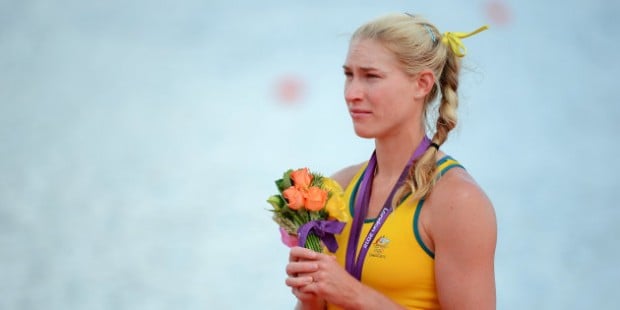 A Russian hacking group, which is known as APT28 and Fancy Bear by U.S. cyber-security researchers, recently released medical data of 11 athletes including Brennan. The leaked documents included details of a Therapeutic Use Exemption (TUE) that was granted to Kim Brennan after she was administered Adrenaline in a hospital emergency room following a severe allergic reaction in January 2014, Rowing Australia said in a statement. The Therapeutic Use Exemption authorizes her to carry an EpiPen, the lifesaving allergy treatment.

Brennan remarked to call into question the use of a substance administered by a doctor in a hospital emergency department to combat a severe allergic reaction is beyond disappointing. The Australian Olympic champion further remarked this administration of adrenaline was in no way performance enhancing and also commented she was seriously ill following this hospitalization and she was that she had to justify her personal medical records in the public domain. Brennan added she followed all WADA procedures in ensuring she received the appropriate permissions for this treatment and strongly believes in doping-free sport.

Rowing Australia said the other Australian rower whose records were leaked, Rio silver medalist Alexander "Sasha" Belonogoff, also carries an EpiPen because of a food allergy. Documents suggested Belonogoff, who won Olympic silver in Rio in the quadruple sculls rowing, was given permission to also take Epinephrine in 2013 and 2015.  The governing body of Australian Rowing joined the Australian Sports Anti-Doping Authority (ASADA) to condemn the malicious attacks by Fancy Bears and their blatant disregard for athlete privacy and well-being. In a statement, it said we at Rowing Australia back the two rowers named as absolutely clean and having abided by the rules of ASADA. Rowing Australia medical officer Professor Peter Fricker said a Therapeutic Use Exemption is granted for therapeutic purposes only and not for performance enhancement.

Australian cyclist Jack Bobridge was given a Therapeutic Use Exemption for the banned substance Prednisolone from December 2010 after being diagnosed with Rheumatoid Arthritis.

ASADA said the athletes have operated entirely within the rules of clean, fair sport despite the efforts of the hackers to twist these exemptions to prove foul play, in obtaining a TUE. It added TUEs exist so that athletes who suffer from legitimate medical conditions can seek treatment. It also said in the statement that the athletes in the case of the three Australian TUEs leaked were approved to use medication to treat serious medical conditions, including allergic reactions and rheumatoid arthritis and such exemptions do not constitute doping.