Australian swimmer Kylie Palmer has withdrawn from the Australian team for the FINA World Championships after she accepting a provisional ban for the alleged doping violation that is backdated to 2013.

If found guilty, she faces a possible ban of two years that would rule her out of a third Olympic Games in Rio de Janeiro next year. 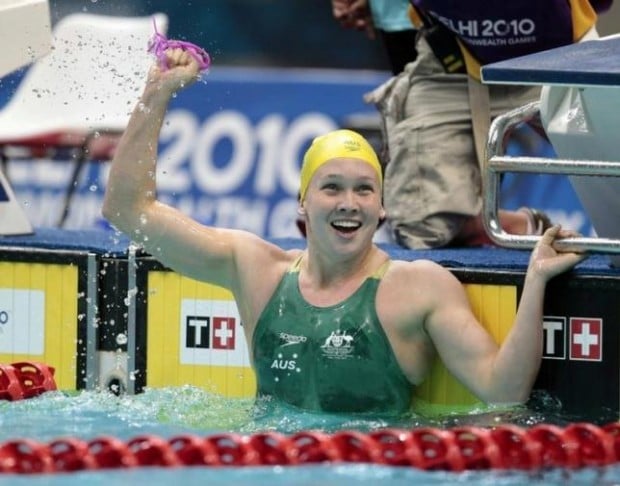 According to a confirmation by Swimming Australia, the Olympic relay champion was pulled out of the Australia team after she was informed earlier this year that a sample she gave had shown traces of a banned substance. Her B sample also showed traces of the substance. Palmer accepted a provisional suspension until the case was heard by FINA's anti-doping tribunal.

In a media release issued on her behalf by Swimming Australia, it was remarked Kylie presently has no idea how the prohibited substance came into her system and is continuing to investigate the matter to the extent that she is able, given the passage of time. It was also said that Kylie categorically denies knowingly taking any prohibited substance in Barcelona in July 2013 or at any time in her career and she has always been a strong supporter of the anti-doping measures undertaken by FINA and has prided herself on being a successful clean swimmer.

It was also remarked that Kylie with much regret has chosen to withdraw from the Australian team for the upcoming swimming world championships in Russia in late July whilst she focuses on defending the FINA proceedings against her and she will pursue her dream to represent Australia at the 2016 Olympic Games in Rio once the FINA proceedings are dealt with. Swimming Australia said in the statement Kylie is entitled to a fair and due process under FINA's Doping Code and this includes ensuring that proper processes are applied to every person affected by this matter.

Palmer, a 4x200m freestyle relay champion at the 2008 Beijing Olympics and a silver medalist in the same event in London 2012 Olympics, won an individual and relay silver in the 200m freestyle at the 2011 world championships in Shanghai and another relay silver in Barcelona. Palmer also claimed two gold medals at the 2008 Manchester short course world championships and another pair of golds at the 2010 Commonwealth Games in Delhi.

Former ASADA boss Richard Ings said asking any athlete two years down the track to go back to remember and reconstruct what they did to trigger a positive test is both extremely difficult and unfair. Ings said protocol dictated (if an athlete tested positive to a banned substance) that the laboratory notify the relevant sporting body, WADA, and the anti-doping authority in the athlete's home country. He added whether it is FINA or the lab or WADA, this matter appears to have fallen through the cracks.

The Australian Swimmers' Association general manager Daniel Kowalski said the welfare of Palmer was at the forefront and the swimmer is baffled as to how the banned substance came to be in her system.