International Olympic Committee president Thomas Bach has defended decision of his organization not to throw Russia out of the Rio Games for doping, and further remarked it has been backed by world leaders. 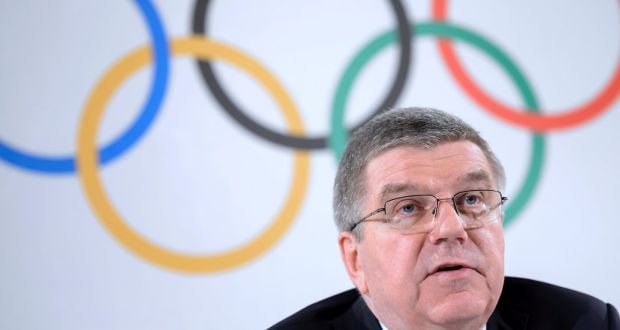 Bach, speaking to the Association of National Olympic Committees (ANOC) general assembly in Doha, claimed that Rio Olympics 2016 was a “huge success”. Bach also drew comparison between the headlines that dominated the build-up to the Games and the predictions ahead of the US elections last week.

The IOC President remarked he does not know if others remember the headlines about security, about venues, about water quality, about politics in the country, about Zika – when so-called pest experts were calling for the Games to be cancelled – about clean athletes. Bach also commented that there was an atmosphere of doubt when we arrived in Rio -- an atmosphere of accusations and allegations. Bach added maybe here is another case study with Rio 2016 and added we can now that all the dust has settled see with great confidence that these Games were a huge success in many if not all respects.

The 62-year-old Bach emphasized on the 75 per cent increase in the number of hours broadcast around the world from Rio 2016 compared to London 2012. Bach heralded the five billion views the Games received across social media platforms and said “half of the world’s population was watching”.

In his 43-minute speech, Bach spent most of the time for justifying the most controversial decision of his tenure as IOC boss that was refusing to issue Russia with a blanket ban. The World Anti-Doping Agency recommended the ban but Bach and his executive board left the decision on the eligibility of individual Russian athletes up to their respective international federations. As a result, Russia was able to send an almost full-strength team that finished fourth in the medal table. On the other hand, the International Paralympic Committee banned the entire Russian team, while athletics, rowing, and weightlifting also took strong stances at the Olympics.

Anti-doping experts, athletes’ groups, and the media criticized the weak response of Bach to the findings of Richard McLaren. They even believe that the stance Bach took would appear even less defensible when the final report into how Russia manipulated tests between 2011 and 2015 is published next month.

However, Bach remarked the stance of Russia has been praised by “dozens of heads of states”. Bach remarked they appreciated and acknowledged that we did not take a political decision, but that we took a decision in the interest of sport in respecting the rights of clean athletes. The IOC President also said this appreciation from so many world leaders is confirmation of our decision and encouragement for all of us when we had to take such a difficult decision in such a short amount of time.

Bach also acknowledged the continuing incarceration of IOC vice-president Patrick Hickey, the former Olympic Council of Ireland president, who has remained in Rio de Janeiro on suspicion of alleged ticket touting and reminded the delegates that our colleague enjoys the presumption of innocence.