Olympic silver medalist Madeline Groves is one of the three Australian swimmers who are reportedly facing the prospect of a doping ban of two years for allegedly missing three drug tests in a period of 12 months. 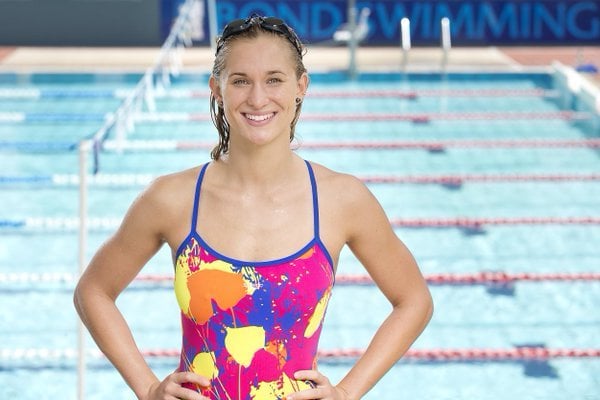 It is believed that fellow Olympians Thomas Fraser-Holmes and Jarrod Poort are also been investigated for missing three out-of-competition tests. Groves, the winner of silver medals in the women's 200 meters butterfly and 4x100m medley at Rio 2016, allegedly missed her third test in San Diego. It is reported by media that the International Swimming Federation (FINA) drug tester was unable to locate Grover at her accommodation in the American city. The drug testing official reportedly left after an hour after trying to make contact with Groves by telephone.

In defense, Fraser-Holmes claimed an extended dinner at home of his mother had prevented him from making the nominated window for a test. Fraser-Holmes, who competed in the 400m individual medley and 200m freestyle at London 2012 and Rio 2016, claimed he managed to change the nominated whereabouts time being leaving the house but no testers were then present.

A Swimming Australia statement said that it confirms it has recently been informed by the Australian Sports Anti-Doping Authority (ASADA) and FINA that members of the Australian Dolphins Swim team may have failed to update their whereabouts appropriately over the previous 12-month period. The statement further reads that the International Swimming Federation and the Australian Sports Anti-Doping Authority are yet to finalize their processes and to confirm the final outcomes in relation to these matters. It was also said in the statement that Swimming Australia under ASADA and FINA rules is unable to announce details on any individual swimmers who may have failed to update their whereabouts appropriately until ASADA and FINA have completed their process.

Sports lawyer Tim Fuller, who will represent Groves and Fraser-Holmes, said it is possible that the swimmers might have been targeted. Fuller remarked it is interesting that FINA have targeted two athletes who have never returned a positive test for a prohibited substance and added seemingly they are going after them for an alleged technical breach.

The three swimmers could miss the Commonwealth Games on the Gold Coast next year if they receive a sanction.

Olympic 100 meters hurdles champion Brianna Rollins was last month banned by the United States Anti-Doping Agency for missing three out-of-competition tests. It was disclosed by USADA that the 25-year-old was not available for three tests between April and September last year. It also stated that Rollins completed eight out-of-competition tests over the course of 2016 outside of these whereabouts failures. The Olympic 100 meters hurdles champion was the highest profile athlete to be banned for the offence since Christine Ohuruogu of Britain in 2006. Ohuruogu was also banned for one year like Rollins but made a return in 2007 and won the International Association of Athletics Federations World Championships in Osaka, only 24 days after her suspension ended. Ohuruogu added the Olympic title a year later.