A search of the Belarus national ice hockey team has been described by French officials as the way to promote sporting ethics. It was further remarked that the search was not targeted at any particular country. 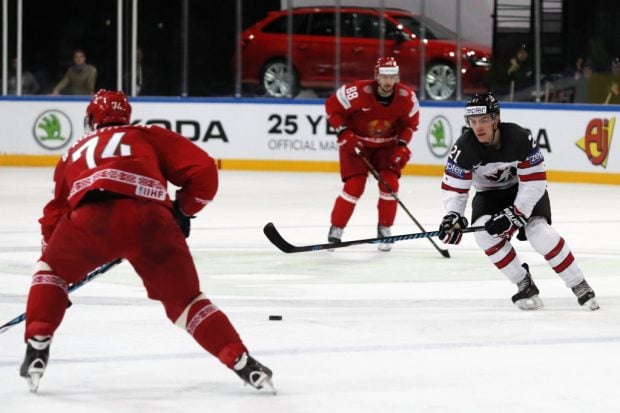 A few days back, Didier Canesse, the ambassador of France to Belarus, was summoned to the Ministry of Foreign Affairs as the country called for an investigation into the search into the search of the Belarus national ice hockey team. It was claimed by the Ministry of Foreign Affairs that the search at Paris Montparnasse railway station lasted for approximately 20 minutes and was conducted in a form that undermines human dignity. The Ministry also alleged that attempts to determine the reason for the search by the team resulted in failure.

The Belarus ice hockey team returned to their hotel after the search was concluded and is currently in the French capital competing in the men's International Ice Hockey Federation (IIHF) World Championships.

The French Embassy for Belarus in a statement said that the search was carried out as part of the country's fight against doping. The Embassy referenced similar controls at major events in the country like the Tour de France and the French Open. The statement further reads that the control of the Belarus ice hockey national team on May 3, 2017 at the Montparnasse station in Paris was conducted by the customs authorities at the request of the office of the Paris public prosecutor. The statement also said it was carried out according to the rules and regulations in force and did not give rise to any incidents.

The French Embassy statement also said it was made in the presence of the policemen dispatched at the arrival of the train, to ensure the safety of the Belarus national team during their stay in Paris. The statement also reads that France has long been at the forefront of the fight against doping in high-level sport, both within the World Anti-Doping Agency and within the European Union and the Council of Europe. It was also remarked that this fight against doping meets the objectives set by the International Olympic Committee and the major international sports federations.

In the French Embassy statement, it was also remarked that there are numerous controls strictly regulated by the legislation at major international sporting events such as the Tour de France, the Roland Garros tournament, the Championships and cups of the world and Europe hosted by France. It was also commented that they are not aimed at any particular nationality and are intended to promote sports honesty and ethics.

A letter from tournament organizers offering "words of regret" regarding the incident was reportedly received by the Belarus Ice Hockey Federation. IIHF President Rene Fasel also visited the team before their opening match of the tournament against Finland at the AccorHotels Arena. It was claimed by the IIHF that the governing body has launched an investigation.

Belarus is competing in Group B and have suffered three straight defeats, losing to Finland, the Czech Republic and Canada.