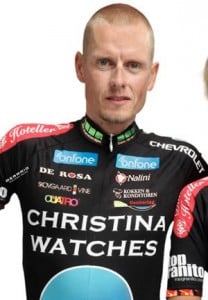 The Belkin team has remarked that it does not plan to take any more action after it carried out an initial enquiry into allegations made by Michael Rasmussen, the former Tour de France King of the Mountains winner.

In a statement, the team said the management of the Belkin Pro Cycling Team checked external sources and talked at detail with team doctor, Dion van Bommel and bus driver, Piet de Vos in response to Michael Rasmussen's recent statements. It added that both employees fully cooperated and the team has no reason to investigate further or to take action against them and the management of Belkin Pro Cycling supports both employees and closes the case.

Rasmussen had accused Dion van Bommel, the team's doctor, and bus driver Piet de Vos in relation to their conduct a few years ago with the Rabobank squad, Belkin’s predecessor. Earlier this year, Van Bommel had already been cleared by the team. It was claimed by Rasmussen that Bommel knew of doping on the team but was not involved directly and added that Bomel had handed out certificates relating to cortisone use.

Belkin announced in March this year that it found nothing during an internal investigation. In his recently-published book Gele Koorts [Yellow Fever], Rasmussen repeated the claims and said Bommel had written a false certificate for cortisone. Rasmussen also claimed that the team's bus driver hid EPO in his underpants when bus of the team underwent a surprise raid during the 2007 Tour de France and therefore the two gendarmes who had boarded the vehicle were unable to discover the banned hormone.

The former cyclist competed with Rabobank between 2003 and 2007 but parted ways after the team pulled him out of the Tour de France while in the race lead. Rabobank did so as Michael Rasmussen had lied about his whereabouts before start of the race, which prevented proper anti-doping controls.

Meanwhile, Team Belkin manager Richard Plugge said he believes the Movement for Credible Cycling (Mouvement Pour un Cyclisme Crédible - MPCC) should continue to push for additional measures for fighting doping in cycling. Plugge added that the body can help in restoring the credibility of cycling. The body includes a number of voluntary anti-doping commitments, including corticosteroid use restrictions and a suspension from racing if a rider has low levels of cortisone and a suspension of the entire team if more than one rider is positive in a specific period of time. It also imposes restrictions on signing riders who are returning from suspensions of more than six months.

The Belkin manager added the MPCC could give signals to their members to keep to their own rules and be really strict in enforcing the rules of being a voluntary member of the MPCC. He added the MPCC is not a body which legislates, but could come up with proposals for new rules, as the MPCC did with the eight day rule and went on to add that the UCI incorporated this rule and that is a big gain for the sport.