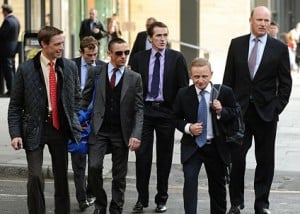 Dr Michael Turner has remarked he will not renew his annual contract with the British Horseracing Authority (BHA) in 2014. Turner's exit is attributed to a breakdown in negotiations over an extension to his terms of employment.

The 66-year-old Turner has been looking after the safety, health, and welfare of jockeys for the past 21 years in a part-time capacity. Turner has been asked by the BHA to stay on until his successor had been appointed. Meanwhile, his role in the interim has been taken by Turner's long-time deputy Dr Guy Staight, a former amateur jockey and racecourse doctor at Epsom and Sandown. Staight currently runs a private GP practice in South Kensington, London.

Turner will continue to be the chief medical adviser to the Lawn Tennis Association until October 2015. He decided to reduce his sporting commitments to help in establishing a national concussion and head injury centre in London for benefiting past and present jockeys, and participants of other contact sports.

The BHA said in a statement that Dr Michael Turner on December 12, 2013 had decided that he would not be renewing his annual contract as chief medical adviser in 2014, but that he would remain contracted to BHA until such a time as a replacement had been found. The statement also disclosed that the annual contract of Dr Turner expired on December 31, 2013 and his continued provision of services in 2014 was subject to the terms of a consultancy contract being agreed. Regrettably, it has not been possible to reach agreement on the terms of such a contract. It added that Dr Guy Staight has agreed to provide interim cover until a replacement chief medical adviser is recruited and he will perform the same core functions on jockeys' medical issues as were provided by Dr Turner. The BHA statement also said that Dr Staight has fulfilled such a role for BHA for 17 years during periods when Dr Turner has been unavailable.

The BHA's director of raceday operations and regulation, Jamie Stier, said he would like to again thank Dr Turner for his contribution to the sport over many years. He added that we are aware that he has several other roles and interests outside of his BHA responsibilities, and we wish him well with these in the future. Stier also remarked the recruitment of Dr Turner's successor is under way and this process will involve not only identifying the right individual but also determining the appropriate scope of the role. He also said we, in the interim, look forward to working with Dr Staight and ensuring that the high level of medical service provided to jockeys continues.

In another development, the racehorse Mad Moose has been forbidden from competing by the BHA after the horse, trained by Nigel Twiston-Davies, refused to race or been tailed off in four of his last eight races. Once considered one of the most promising horses at the Gloucestershire stable of Twiston-Davies, Mad Moose had become more famous in recent times for his headstrong antics. 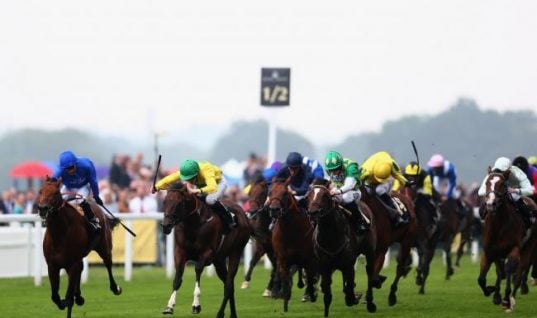