Ekaterina Glazyrina of Russia has been suspended on suspicion of doping by the International Biathlon Union. The suspension was announced just hours before she was due to race at the World Championships. The 29-year-old was replaced by Russian teammate Irina Uslugina. In Sochi 2014 Winter Olympics, Glazyrina raced but did not win a medal. 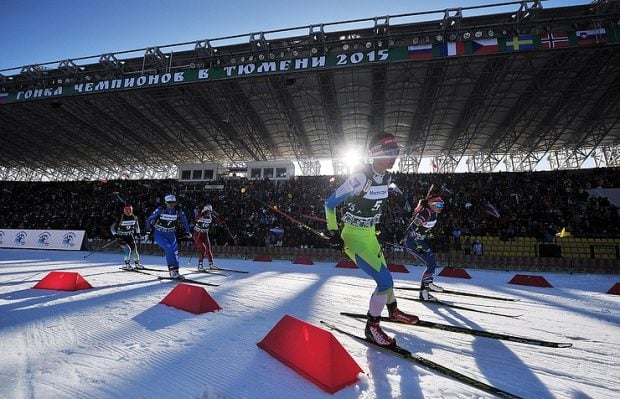 The biathlete was suspended based on a report by Richard McLaren, the World Anti-Doping Agency investigator. McLaren had claimed there was widespread doping in Russian sports and also accused the Russian Anti-Doping Agency and the drug-testing lab of the country of covering up hundreds of failed tests.

In a statement, the world governing body of biathlon said several samples of the athlete may have contained prohibited substances and doping controls conducted by the Russian Anti-Doping Agency may have been tampered with.

Previously, the Russian city of Tyumen was stripped of hosting rights by the IBU in the wake of alleged state-sponsored doping around the time of the 2014 Sochi Olympics. The IBU had remarked it had asked the Russian federation to hand back hosting rights of the 2021 Biathlon World Championships by February 24. In a statement, the IBU said the IBU executive board will otherwise annul the award to Tyumen. RBU President Alexander Kravtsov said the country will not voluntarily give up the hosting rights. Kravtsov remarked we are absolutely against giving up voluntarily the world championship and added we will think about filing a lawsuit and it will be probably not only about the Court of Arbitration in Lausanne. Kravtsov added the IBU, based on the decision of the Executive Committee, is set to send the Russian Biathlon Union RBU an official letter informing it that considering the non-compliance of Russia with the Code of the World Anti-Doping Agency (WADA) and it is necessary to refuse the right of holding the World Championship.

The International Biathlon Union had selected Tyumen ahead of Okljuka in Slovenia and Nove Mesto in the Czech Republic. This was despite a recommendation by the International Olympic Committee to all winter sports federations to freeze their preparations for major events in Russia and to find host cities in other countries. The choice of a Russian venue was severely condemned by officials from several national biathlon federations including Norway, Canada, and the United States. The federations claimed that the selection of a venue in Russia would send the wrong signal in the wake of the McLaren report that alleged widespread state-backed doping.

Previously, Kazakh officials had remarked medical equipment was negligently disposed of but they remarked the team did not use any banned substances. The team has been allowed to race at the ongoing World Championships following the police raid.

In a statement, Kazakhstan Culture and Sports Minister Arystanbek Mukhamediuly said the team had been informed that all doping tests of athletes were clean.