Sprint king Usain Bolt of Jamaica has insisted that the loss of one his nine Olympic gold medals would not tarnish his legacy. 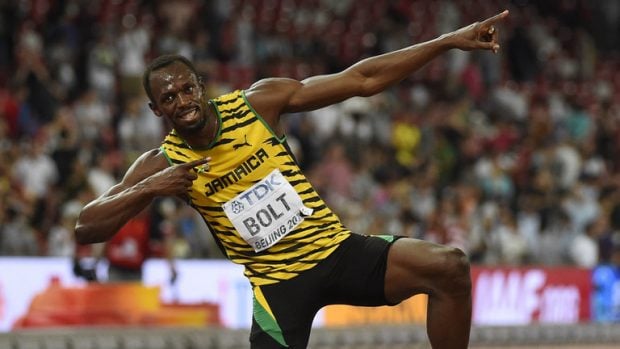 Bolt lost the 4x100m relay gold from the 2008 Beijing Games after his teammate Nesta Carter was disqualified after a reanalysis of sample tested positive for a banned substance.

Bolt said while attending the opening of a high school gym in Jamaica that he is indeed disappointed based on losing a medal, but it won’t take away from what he had done throughout his career, because he had won his individual events and that is the key thing. Bolt further remarked he had already handed back the gold medal that was officially withdrawn by the International Olympic Committee from Jamaica this week because of Carter’s positive drug test.

Bolt added he is not fully happy about the situation but rules are rules. The Jamaican sprinter who is regarded as the fastest human ever timed said Carter and the athletics authorities of Jamaica are planning to appeal the sanction.

Bolt, Carter, Asafa Powell and Michael Frater were on the Jamaican relay squad that was disqualified. This was after Nesta Carter tested positive for the banned substance Methylhexaneamine in a re-test of Beijing samples.

The loss of the relay gold medal deprives Usain Bolt of one of his “triple triples” -- he won gold in the 100m, 200m and the 4x100m at Beijing and repeated the unprecedented feat in London in 2012 and again in Rio last year. Bolt added there was “no bad blood” between him and Carter. Bolt said he knows it must be very hard and must be rough on Carter. Bolt added he knows social media can be and he know how Jamaica is and added so hopefully there is some love being shown towards Carter and added he hopes he doesn’t take it to heart.

Bolt along with Asafa Powell, Michael Frater, Dwight Thomas and Nesta Carter all handed over their medals to the Jamaica Olympic Association.

Bolt added he is not sure as of yet whether he would financially contribute to an appeal by Carter to the Court of Arbitration for Sport (CAS). The Jamaican sprinter said that is up to his management and remarked there are a lot of variables so we will discuss that and see where we go from there.

Bolt went on to emphasize that there is nothing he could have done and his priority was to avoid distractions in order to train properly in the coming months. The 30-year-old said he will retire after the 2017 world championships in London.

Bolt, who is the first person to hold both the 100 meters and 200 meters world records since fully automatic time became mandatory, is an eight-time Olympic gold medalist. An eleven-time World Champion, Usain Bolt won consecutive World Championship 100 m, 200 m and 4 × 100 meters relay gold medals from 2009 to 2015. Bolt is also credited with the achievement of being the first athlete to win three titles in both the 100 m and 200 m at the competition.