American heavyweight Tony Thompson has called for doping to be legalized in boxing as he feels the use of performance enhancing drugs is so common that legalizing of it is a solution. 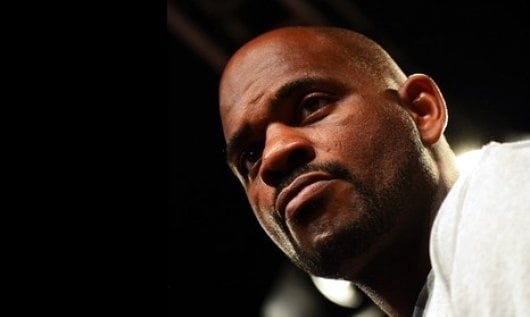 Thompson also maintains his innocence despite failing a drug test after his win over David Price in July 2013. The American professional boxer remarked the banned substance Hydrochlorothiazide entered his system through a medication for high blood pressure. Thompson commented that doping is in any sport and boxers are using all the drugs they want with the kind of money they get. Thomson remarked boxers are able to cheat and even get away with it and therefore it makes sense to legalize doping and went on to comment that this way you can give an opportunity to your opponent to agree to the fight or don't agree to the fight. The American heavyweight also said you should be able to take whatever it is you want to take as long as it don't kill a person or anything like that but use of drugs should be only after telling your opponent.

A urine sample provided by Thompson at the British Boxing Board of Control (“the BBBOC”) International Heavyweight Contest at the Echo Arena in Liverpool (“the Competition”) on 6 July 2013 tested positive for hydrochlorothiazide that is a prohibited substance under the World Anti-Agency Code. Announcing a ban, UK Anti-Doping also remarked that Tony Thompson did not have a therapeutic use exemption at the time his sample was taken. His sample returned an Adverse Analytical Finding ("AAF") for hydrochlorothiazide that is classed as a Specified Substance and is listed in section S5 (Diuretics and Other Masking Agents) of the List. UK Anti-Doping also revealed that Thompson did not dispute the validity of the Adverse Analytical Finding. Thompson was banned for 18 months and his ban commenced on 26 November 2013 and expired on 25 May 2015.

In another development, David Price's promoter expressed shock that the failed drugs test of Thompson took so long to be revealed. Thompson tested positive for Hydrochlorothiazide after the second of his two wins over the British heavyweight. The career of Price dramatically declined after the losses and he split from his trainers Franny Smith and Lennox Lewis, his promoter Frank Maloney, and turned to a sports psychologist.

Price's promoter, Nisse Sauerland, and Kalle Sauerland succeeded Maloney as the promoter of Price. Nisse remarked he is surprised that news about the positive test of Thompson was only found out about now. Nisse added he is aware of the fact that Tony Thompson boxed Kubrat Pulev in Germany under the Austria board in August 2013 and failed a test there and got a ban.

UK Anti-Doping explained that delay in the failed drug case of Thompson was due to the American's response to the charge while it was remarked by Robert Smith, general secretary of the British Boxing Board of Control (BBBofC), that the board had yet to discuss the development since its conclusion.