Kenyan coach Paul Simbolei has claimed that bribes were paid by three Kenyan marathon runners to Athletics Kenya, the country’s track and field governing body, so they can get lenient doping bans. Simbolei revealed information about the three marathoners to police and received threats for being a whistleblower. The Kenyan coach claims that officials from Athletics Kenya would threaten to expose athletes as cheaters if they fail to surrender a portion of their race winnings. 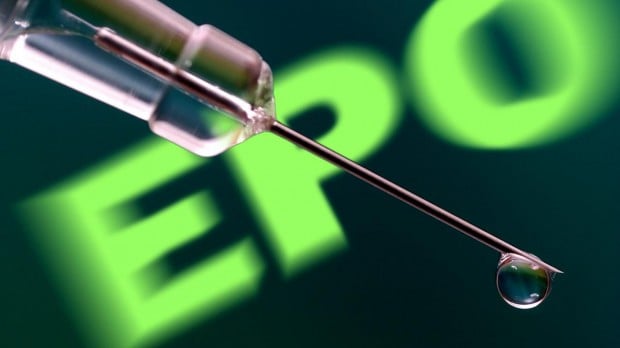 Recently, former Athletics Kenya staffer Matthews Kiprono Kiptum said that the list of high-ranking officials that withdrew money included Athletics Kenya president Isaiah Kiplagat and former Athletics Kenya treasurer Joseph Kinyua. In an affidavit, Kiptum said Kiplagat ordered $200,000 of the sum to be sent to a Hong Kong account and that his secretary withdrew an additional $100,000 in cash. He also claimed that the remaining $200,000 was withdrawn in cash by Okeyo and Kiptum alleges that there was no justification for such a huge withdrawal.

Many in the segment of athletics are of the view that Kenya may also be suspended from world athletics over doping violations just like Russia. The World Anti-Doping Agency (WADA) released an explosive report alleging sweeping and state-sponsored use of performance enhancing drugs in Russia.

The lush Rift Valley region of Kenya, which is famous for churning out champion runners from high-altitude training camps, received a warning from a top official that the World Anti-Doping Agency was "seriously considering" banning Kenya for a period of four years, including from 2016 Rio Olympics.

The International Association of Athletics Federations (IAAF), the world governing body of athletics, is presently investigating Kenyan officials on charges of embezzlement of sponsorship money. An investigation is presently underway into huge monetary deposits from Nike to Athletics Kenya officials. The Ethics Commission of IAAF is investigating Athletics Kenya official David Okeyo who is believed to have pocketed about $700,000 from the federation’s accounts. A big part of the money was received after deposits were made by Nike to ensure the national team stay sponsored by it.

In August, the issue of widespread doping of Kenya was shared in a documentary aired on German television. In this documentary, videos of doctors freely providing Erythropoietin (EPO) to athletes were shared. Isaac Mwangi, chief executive of Athletics Kenya, has denied allegations by the ARD/WDR documentary that AK officials covered up failed tests. Mwangi remarked as Athletics Kenya our policy is very clear: we do not overlook doping and we will not hide anyone who is caught doping.

In the past few years, as many as 33 Kenyan runners have failed drugs tests in WADA-accredited labs. The biggest name to come out was Rita Jeptoo, who was the winner of Boston and Chicago Marathons. It was recently revealed by the IAAF that two Kenyans failed doping tests in August at the Beijing world championships where their country topped the medals table.