What is a bridge?

A bridge can be described as anything that connects two points. However, in the bodybuilding world there are numerous points, and we want to focus on precisely two points, which are: the end of an anabolic steroid cycle and the beginning of a new one. Therefore, a bodybuilding bridge can be described as the sum of all actions taken from the day a cycle ends to the start of a new one.

Since the majority of anabolic steroid users do not stay “on cycle” year round, they opt to run a post cycle therapy (PCT) for a multitude of reasons. One of the most critical aspects of a post cycle period is having the body produce testosterone on its own, while achieving a hormonal balance. Therefore, it is no surprise that for many users the biggest concern is keeping the gains made on cycle.

One of the most prominent questions regarding the end of a cycle is “When can I get back on cycle?” Well, the general rule of thumb is: time on cycle + PCT (in weeks) = minimum time off. Thus, a 12 week cycle with a 6 week post cycle therapy would yield 18 weeks off cycle. These 18 weeks would be the bridge period, where the ultimate goal is maintaining the gains made on cycle after a successful post cycle therapy. 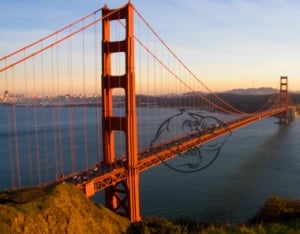 This is where the new school term “bridging” has made its mark. A successful bridge is one that not only restores hormonal balance, but also allows the user to maintain the majority of their gains made while on cycle. Unfortunately, the hardest aspect of coming off a steroid cycle is watching your gains fade away, leading to a great amount of frustration. This is why many users decide to stay on cycle for extended periods of time, which ultimately becomes a serious health risk, and leads to long term consequences. However, if there was a way to keep your gains and still recover properly, would you be interested?

A proper bridge can certainly increase the potential of keeping gains, but to make that happen one must understand all the variables and factors involved. The first step is to educate ourselves on what actually occurs during a PCT and the post-post cycle (bridge period). Therefore, the next topics in the bridge series will go as follows: