Lizzie Armitstead, the English professional world champion track and road racing cyclist, who shot to fame in 2012 when she won Great Britain's first medal at the London Games with a silver medal in the women's road race had won a legal case and would now be one of the favorites for the gold medal. 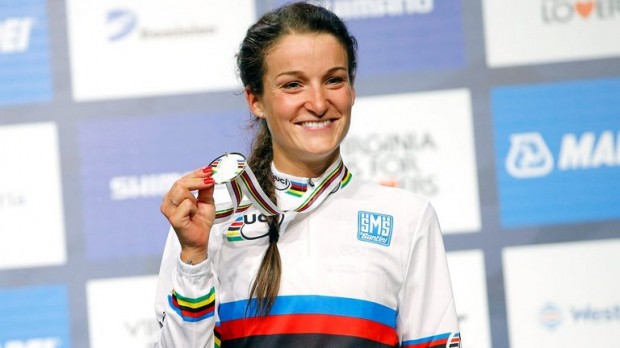 Armitstead went up against UKAD at the Court of Arbitration for Sport (CAS) Armitstead with the support of a legal team backed by British Cycling. Lizzie was able to have the first of the three whereabouts failures from her records and the CAS accepted it was an administrative error on the part of UK Anti-Doping.

Previously, UK Anti-Doping had remarked that Lizzie committed her three whereabouts failures on August 20, 2015, October 5, 2015 and June 9, 2016. In a statement by Armitstead, it was explained that the ruling relates to a UKAD anti-doping test which was asserted to have been attempted on Thursday August 20, 2015, whilst Armitstead was staying at the team hotel, during the UCI Women's Road World Cup in Sweden. It was further disclosed in the statement that the CAS ruled that the UKAD doping control officer had not followed required procedures nor made reasonable attempts to locate Armitstead. It was further disclosed that the CAS also ruled that there was no negligence on Armitstead's part and that she had followed procedures according to the guidelines and added that Armitstead undertook in-competition testing the following day, as leader of the UCI Women's Road World Cup. The Armitstead statement added the independent panel of leading legal experts from CAS promptly and unanimously cleared Armitstead of the asserted missed test.

In the same statement, the cyclist added she has always been and will always be a clean athlete. Lizzie added she has been vocal in her anti-doping stance throughout her career and also commented she is pleased that CAS has accepted her position, having provided detailed information demonstrating the situation around her strikes. The English road racing cyclist went on to add that this issue was one of administration and was the result of UKAD not following proper procedure nor fully attempting to make contact with me despite clear details being provided under "whereabouts". Lizzie Armitstead also said she was tested in competition the day after this test, reinforcing her position that she did not cheated and had no intention of not being tested.

Lizzie also commented she thinks there should be clearer guidelines for those administrating tests and would like to work with UKAD going forward to explore how this can be better addressed in the future so no other athlete is put in this position. The cyclist further remarked she hopes UK Anti-Doping can now return to the important job of making sure all athletes are clean and that Rio is the clean Olympics that we all want. Lizzie also remarked she is very much looking forward to putting this situation behind her and firmly focusing on Rio again after what has been an extremely difficult time for her and her family.