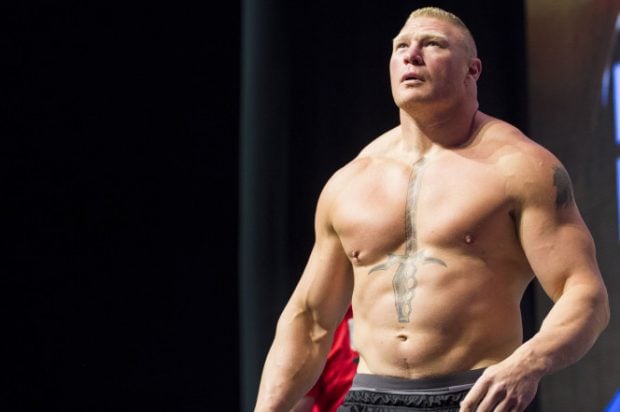 The UFC confirmed decision of the 39-year-old. Last July, Lesnar made a return to the MMA after a period of 4 years to beat Mark Hunt at UFC 200. However, the result was overturned after two doping tests were failed by the former WWE and UFC World Heavyweight Champion. Lesnar made a guaranteed $2.5 million purse for his victory over Hunt. He tested positive for Clomiphene, a banned substance under USADA rules.  The Nevada State Athletic Commission suspended Lesnar and fined him $250,000 for the failed drug tests.

Later, Hunt decided to file a civil suit against the four-time WWE heavyweight champion and the UFC in January for a reported $2.5 million. Hunt's litigation expert Christina Denning said the UFC upon the finding of a violation could take all of the money back from Brock and not only the $2.5 million dollar purse, but anything he earned from pay-per-view. Mark Hunt went on to say the UFC has taken away his love for the sport after a number of huge disappointments. Hunt said they are taking away his love for fighting by giving him all these freaking cheaters.

The decision of Lesnar means he is now removed from the drug-testing pool of the United States Anti-Doping Agency that monitors the fighters year-round. Lesnar would be expected to serve the remaining five months of his suspension if he decides to return to competition.

A USADA statement on Lesnar said all UFC athletes pursuant to the UFC Anti-Doping Policy serving a period of ineligibility for an anti-doping policy violation are required to remain in the USADA registered testing pool and make themselves available for testing in order to receive credit for time served under his or her sanction. The statement further reads that if an athlete retires during his or her period of ineligibility, the athlete’s sanction will be tolled until such time the athlete notifies USADA of his or her return from retirement and once again makes him or herself available for no-advance-notice.

The decision of Lesnar to retire from UFC does not affect his professional wrestling career. Brock Lesnar is scheduled to perform for the WWE at WrestleMania in Orlando on April 2. The 39-year-old is set to meet Bill Goldberg at WrestleMania 33 in April.

In his brief run with the UFC, Lesnar became one of the biggest pay-per-view stars in history of the sport. The WWE star and former NCAA wrestling champion drew millions of new fans to the young sport with his hulking presence and violent skills. Lesnar, who is currently signed to WWE on the Raw brand, won the UFC heavyweight title in just his third fight for the promotion after defeating Randy Couture in November 2008. Lesnar defended the belt twice before he lost it to Cain Velasquez in October 2010. The fighter lost to Alistair Overeem in December 2011 in his final fight before making his 2016 comeback.