Peter Gallen, the younger brother of Cronulla NRL captain Paul, has been suspended for a period of two years. 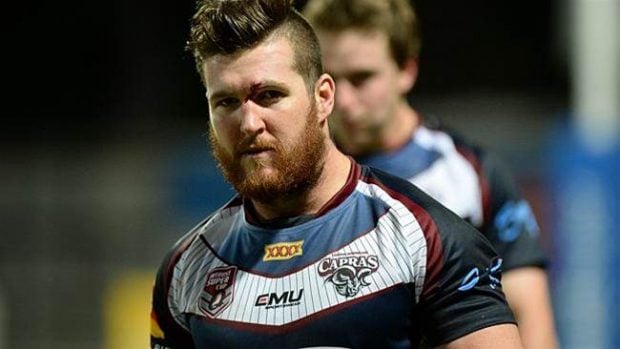 Peter was suspended in June last year but details surrounding the ban were made public only recently by the Australian Sports Anti-Doping Authority. The 26-year-old was playing for the Central Queensland Capras in the Queensland Cup at the time of the positive test. It was revealed by ASADA that Peter, who formerly played for Sunshine Coast Falcons, tested positive for Dimethylpentylamine that can be found in bodybuilding supplements. His suspension ends mid-way through 2018.

McGregor also said that we have never actually been notified as a club by ASADA about any of this. The Capras chief executive also said that Peter notified us as soon as he had got his initial test back, that it had come back positive. McGregor also remarked Peter was very disappointed in himself and he agreed with the club that he had step down immediately, as well, while we wait for the B test to come in. The chief executive of Capras otherwise praised contribution of Peter to the club.

Queensland Rugby League remarked it would continue with rigorous drug testing. A QRL spokesperson said in a statement we, while it is disappointing to learn of this breach, are pleased to share that we invest more than any other state sporting organization in Queensland on our testing and education. The spokesperson also remarked that we will continue to work in with the NRL's whole-of-game testing procedures and we make no apologies for having a rigorous program in place.

Paul Gallen served a NRL ban of three matches during the 2014 NRL season in relation to the supplements saga of Cronulla. Paul, the former NSW Origin captain and Kangaroos forward, admitted to unknowingly and unwittingly using banned performing enhancing peptides. Paul was one of 17 players from the Sharks' 2011 squad to receive 12-month back-dated bans for taking prohibited substances.

Paul Gallen had recently remarked that the NRL downfalls of Tim Simona and Ben Barba due to cocaine use could have been avoided with the promise of automatic two-year bans if caught. Gallen urged the NRL to do away with the three-strike illicit-drugs policy and adopt a zero-tolerance approach. Sharks captain Gallen remarked if they want to really deter it, make it illegal under NRL rules.

Simona was deregistered from the NRL after he placed bets on more than 60 games, ranging from wagers on himself to opposition teams and players. The disgraced former Wests Tigers centre admitted he had been taking cocaine on a regular basis since his introduction to the drug at mad Monday celebrations three years ago.