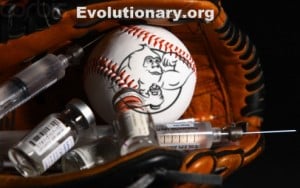 In the last few years, much has been said about the uses, risks, and side effects of anabolic steroids. While one cannot deny that much of the information brought forward by some is not based on facts and is rather influenced by exaggerations about the dangers of steroid use, it is true to some extent that anabolic androgenic steroids can lead to side effects, which may be mild or severe, temporary or irreversible.

However, these side effects occur only when lack of knowledge or an "over-enthusiasm" is shown by overdosing on these performance enhancing drugs to get faster and quicker results.

Why Are Steroids Used

Anabolic androgenic steroids are used by different people for different reasons. A large majority of people use them under medical supervision during the treatment of health conditions like short stature, primary or secondary hypogonadism, many forms of anemia, acute and chronic wounds, severe burns and protein-calorie malnutrition with associated weight loss. They may also be used for treating Human Immunodeficiency Virus (HIV) wasting syndrome, prolonged catabolic state secondary to long-term use of corticosteroids, certain kinds of breast cancer in some women, failure to gain or maintain normal weight because of unexplained medical reasons. They may also be used to treat hereditary angioedema, which causes swelling of the face, arms, legs, throat, windpipe, bowels, or sexual organs.

These drugs may also be used for treating certain blood clotting diseases, growth failure, Turner's syndrome, osteoporosis, to stimulate bone growth and appetite, induce male puberty and treat chronic wasting conditions such as cancer. Anabolic steroids may also be recommended for bone marrow stimulation, stimulation of appetite as well as preservation and increase of muscle mass in people with chronic wasting conditions, induction of male puberty, or hormone replacement for men with low levels of testosterone. They may also be used to improve libido in elderly males, increased bone and muscle mass, facial hair, increased levels of red blood cells, and clitoral enlargement in female-to-male patients.

Amateur and professional athletes or fitness-conscious people may make use of these drugs to gain or lose weight, build lean and solid muscle mass , improve performance, and ability to handle intense workouts and exercise sessions. They may also be used for improving the levels of red blood cell production, nitrogen retention, protein synthesis, muscle function, muscle size, body strength, endurance, sense of well being and invincibility, and hit harder, run faster, and jump higher.

Difference between Steroid Use And Steroid Abuse

There is a very thin line between steroid use and steroid abuse and this is what most users fail to realize. The use of premium-quality, genuine anabolic androgenic steroids for medicinal purposes in accordance with medical advice is rarely associated with any danger or side effect. However, the use of steroids in the absence or intervention of medical advice or steroid use for purposes other than medical is what constitutes steroid abuse. The risk of side effects increases when these drugs are purchased from the black market or unverified sources of performance enhancing drugs.

Extent and Dangers Of Steroid Use

The extent of steroid use and popularity can be measured from the fact that around 660,000 high school students admitted to using anabolic steroids in 2005, according to the Center for Disease Control (CDC).

If that is not all, more and more people are talking about these drugs nowadays and using them with the help of the internet which is a platform full of opportunities to purchase not only the drugs, but to connect with doctors who are more than willing to prescribe them illegally. The worst part is that most users tend to believe that they can always stay safe even if they over-use or abuse steroids that may be legally purchased or from the black market This is surely the wrong approach to buy and use steroids. Anabolic steroids are extremely potent drugs and can lead to side effects and health complications in the short as well as the long term.

A quick Google search for "buy steroids online" or "buy anabolic steroids" can quickly return thousands of pages of results of different online sellers of anabolic steroids and other performance enhancing drugs and promises that they would help get better athletic performance, bigger muscles, gain or lose weight faster, and other things.

However, buying steroids is not as easy as just a few clicks. The repercussions can be quite brutal. For example - If you buy steroids and such a purchase is illegal according to the laws of your resident country and you get caught, you can face a stiff fine and/or imprisonment. If you have obtained these drugs through a doctor via a fake prescription and the doctor gets caught by the Drug Enforcement Agency, you may become answerable to questions regarding your steroid use habits and then you may be subjected to criminal charges or a hefty fine.

Side Effects Of Anabolic Steroids

The list of side effects associated with the abuse of anabolic steroids includes:

Shrinking of breasts in women and testicles in men

Acne on the back, chest, and shoulders

Damage to the fetus in case of pregnant women

Blood transmitted infections such as hepatitis B, hepatitis C, or HIV/AIDS.

How to Avoid Steroid Side Effects

The side effects of anabolic steroids can be prevented and even eliminated with the application of the right knowledge at the right time.

To avoid these side effects, it is best to use steroids only for medicinal purposes after a qualified and authorized medical practitioner has recommended their use after thoroughly evaluating all medical reports and history.

Steroids, when taken through injections, should be used with great care and the habit of needle or syringe sharing should always be avoided. Moreover, it is best to administer these drugs through a sterile needle from an unopened pack.

The dosages of anabolic androgenic steroids should be regulated in strict and complete accordance with the medical instructions.

While using steroids, avoid using other drugs like antidepressants and prescription drugs (unless specifically recommended by a doctor); it is always good to be open with your doctor that you are using anabolic steroids while seeking his advice on steroid use in the future.

It is also important for you to note that these potent drugs are not to be used by children, pregnant or breastfeeding women, and those diagnosed with a severe health condition like kidney or liver damage, high blood pressure, heart attack, stroke, or prostate/breast/testicular cancer.

In short, anabolic androgenic steroids are extremely potent drugs and should always be used with caution and a sense of diligence. Before you decide to buy and use steroids, it is always recommended that you consider the risks and side effects involved with the purchase and sale of such drugs. Moreover, be careful to check the law in your country for these drugs and make it a point to always consult with a doctor before you buy steroids. Moreover, you should always remember that buying steroids carries a risk. You can buy steroids cheap on the internet but always remember that the internet markets are not controlled and so are these drugs. 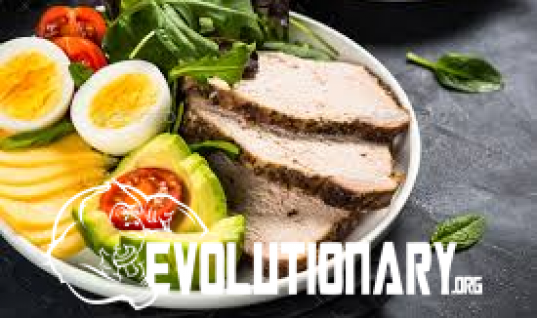