The Brazilian MMA Athletic Commission (CABMMA) has decided to join hands with the U.S. Anti-Doping Agency (USADA) to work in unison with new drug testing program of the UFC. 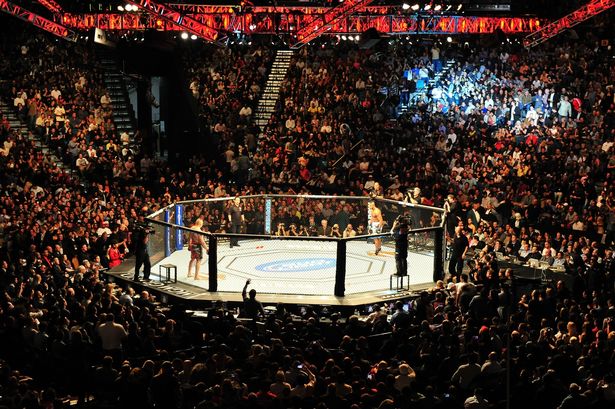 Under the new UFC protocol, there would be at least 2,750 drug tests per year for the entire 600 fighter UFC roster. Fighters who are found guilty of using banned drugs will face a ban of 1-4 years for the first offense, a possible ban of eight years for the second offense, and a potential lifetime ban for a third infraction.

In February this year, Jeff Novitzky (VP of Athlete Health and Performance) announced during a press conference in Las Vegas that UFC will revamp its drug testing policy. The new program rolled out on July 1, 2015 and the UFC's entire roster of 500+ fighters will be subject to "unannounced, year-round in- and out-of-competition testing" including both blood and urine testing, "with the possibility of a collection occurring any place, any time, with no notice."

Recently, the World Anti-Doping Agency (WADA), the Brazilian Agency of Doping Control (ABCD), Brazilian MMA Athletic Commission (CABMMA), and the U.S. Anti-Doping Agency (USADA) joined hands in preparation of the new drug testing scheme of UFC. The collaboration of CABMMA with USADA means that Brazilian commission will have the authority to conduct random drug tests all year round. The partnership also means that fighters who are found guilty of using performance enhancing drugs in the United States will no longer be able to continue to compete in Brazil and vice versa. Previously, fighters caught in the United States were legally cleared to fight in Brazil.

The new anti-doping program of UFC was appreciated by USADA CEO Travis T. Tygart. Tygart remarked the UFC has taken a bold and courageous leap forward for the good of its athletes in developing a comprehensive and cutting edge anti-doping policy expressly modeled on the key elements of the WADA Anti-Doping Program and by having it run by an independent and transparent National Anti-Doping Organization. The Chief of US Anti-Doping Agency remarked USADA looks forward to supporting clean athletes in this sport, as in all sport, to achieve success on the playing field fairly and safely.

Under the new policy, there will be a ban of two years (with possibility of 4 years for "aggravating circumstances") if an athlete is found guilty of using non-specified substances such as anabolic steroids, growth hormones, peptides, blood doping drugs and methods (tested for in- and out-of competition) for the first offense. For the second offense, the sanction will be double of the first offense and the third offense will the double of the second offense.

If an athlete is found guilty of using specified substances [marijuana, cocaine, other stimulants and glucocorticosteroids (tested for in-competition only)], he or she would be banned for one year ((with possibility of 2 additional years for "aggravating circumstances") for the first offense while the suspension would be double the first and double the second, respectively for second and third offense.