Olympic bronze medalist figure skater Carolina Kostner has received a ban of 16 months from competition. This was after the Italian anti-doping tribunal decision found her guilty of assisting Alex Schwazer, her then-boyfriend and Olympic race walking champion, in covering up his doping. 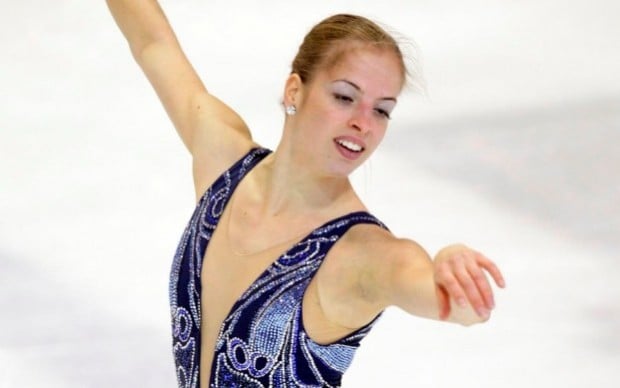 Alex Schwazer tested positive for Erythropoietin (EPO) in 2012 and was excluded from the London Olympics and banned for four years. Schwazer, who won the 50-kilometre walk at the 2008 Beijing Olympics, failed an out-of-competition test before he arrived in London and he was removed from the Italian team before competing. The Italian race walker admitted using the blood-boosting hormone EPO and retired from the sport. Schwazer also admitted to consulting with Michele Ferrari, Lance Armstrong's banned sports doctor.

According to Gazzetta dello Sport, the Italian figure skater has decided to appeal against her ban to the Court of Arbitration for Sport (CAS). The ban imposed on Kostner was not backdated.

One of the most decorated female figure skaters in the world, Carolina Kostner will be prevented from competing, coaching, or appearing in shows sanctioned by the International Skating Union (ISU). The 27-year-old is the 2014 Olympic bronze medalist, the 2012 World champion, a five-time European champion, and the 2011 Grand Prix Final champion.

After the verdict, Kostner said she is certainly not happy, in fact she is very disheartened and very disappointed and added that she is determined to go right to the end, right to the last level of justice. The suspension may signal the end of Kostner's career as the 16-month ban will also rule her out of the European and world championships in 2016.

Giovanni Fontana, Kostner's lawyer, remarked he would be appealing to the Court of Arbitration for Sport (CAS) in Lausanne.

Kostner admitted that she lied to drug testers who came at her home in 2012 and were looking for Schwazer to perform a drug test. The figure skater lied and told drug testers that Schwazer was not in her home. She however claimed that she was not aware that Alex Schwazer was using performance enhancing drugs. Kostner told an Italian newspaper in December that she had just a few seconds to decide what to do and she lied on his request but she never covered for him as she was unaware what he was doing.

Previously, the Italian Olympic Committee's anti-doping prosecutor recommended Kostner be banned for four years and three months — longer than the 3 1/2-year ban that Schwazer is serving — for assisting Alex Schwazer evade a test and other infractions.

CONI president Giovanni Malago expressed sympathy for Kostner and displeasure with WADA's rules that punish those covering up doping more severely than the dopers themselves.

In December, Carolina had remarked if she knew Alex was doping she would have convinced him to confess, for his own health. She also remarked that being accused of aiding him is intolerable for her and added she has never doped and never helped Alex dope. The 27-year-old Kostner already announced her decision to take off this year off from competition but a long ban would rule her out of the 2018 Olympics in Pyeongchang.