The French Anti-Doping Agency (AFLD) has summoned former All Blacks Dan Carter and Joe Rokocoko to answer over their positive drugs tests in France last year. 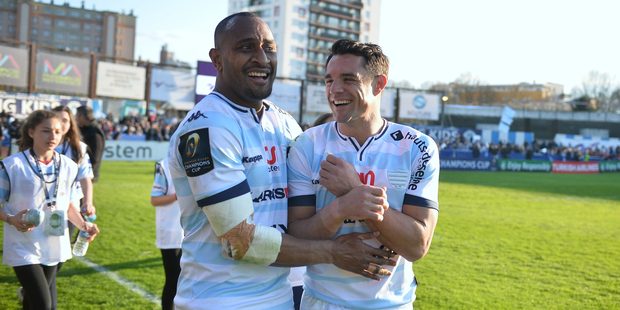 Last October, Carter and Rokocoko were cleared of wrongdoing by French Federation of Rugby's doping commission. However, French newspaper Le Monde has reported that AFLD has not endorsed that decision. Le Monde reported this procedure is neither rare nor automatic and added it does not presage a reversal of the decision of the FFR, but shows that these three controls above the norm require explanations.

Corticosteroids that can act as an anti-inflammatory are prohibited unless players have been granted a Therapeutic Use Exemption (TUE). In a statement, Racing 92 said the players were treated for existing conditions in an authorized manner which did not require a TUE. The statement further read that all the medical procedures on the players reported by the media were carried out in total respect of the national and international anti-doping rules.

Carter and Rokocokoare are currently playing for Paris-based club Racing 92. They, along with Argentinean Juan Imhoff, returned urine samples that contained excessive amounts of Prednisolone, a painkiller.

Carter, in an October interview, admitted to using Prednisolone or a knee injury and was asked about the possibility of an AFLD investigation. Carter remarked he does know the procedures in France, how all this happens and added it would be annoying if that were the case, but who knows. He also said the most important thing is that we know that we have done nothing wrong.

Carter’s agent, Simon Porter, had previously remarked the 34-year-old and Rokocoko had been granted Therapeutic Use Exemptions (TUEs) for the prescribed medication as they recovered from injuries. Carter was carrying a calf injury and Rokocoko was struggling with a knee problem. Carter scored 15 points in the final of the Top 14 match against Toulon. Rokocoko scored a crucial try in their side's 29-21 win.

Racing 92 centre Henry Chavancy had previously remarked the team is trying to ignore the positive doping tests of All Black legends Dan Carter and Joe Rokocoko, and Argentinean winger Juan Imhoff. Chavancy said ahead of Racing's European Champions Cup match at home against Munster that we are trying to ignore it, even if you the media do everything so we cannot. Chavancy added we are focusing on us and our big goals, without being paranoid. The uncapped centre said Carter, Imhoff, and Rokocoko are people of character and he knows that they will return stronger from this difficult period. Chavancy added they are the most affected and it is what makes us suffer the most and added we are used to managing our personal problems but when it affects our friends, families, it is really much more difficult to manage.