The world governing body of cycling has decided to appeal the acquittal of Tinkoff-Saxo rider Roman Kreuziger by the Czech Olympic Committee to the Court of Arbitration for Sport (CAS). Meanwhile, lawyers for the cyclist insisted that Kreuziger is innocent of doping charges related to his biological passport. 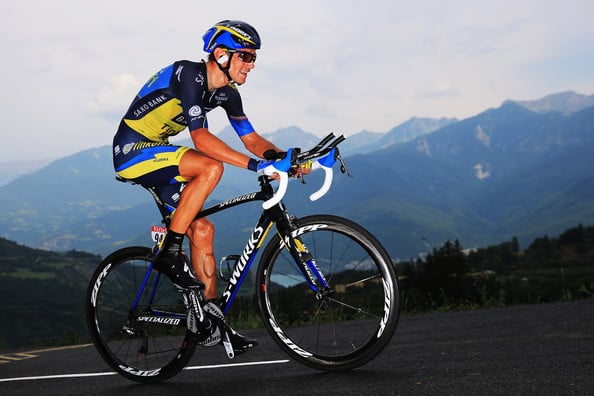 The 28-year-old Kreuziger, a Czech professional road bicycle racer for UCI ProTour team -- Team Tinkoff-Saxo, was cleared of a doping violation by the Czech Olympic Committee. The UCI and the World Anti-doping Agency (WADA) decided to appeal against the verdict and have urged the CAS to ban Kreuziger for up to four years because of anomalies in his biological passport. Recently, the Court of Arbitration for Sport said it had reopened a case against Roman Kreuziger after the UCI appealed against decision of the Czech Olympic Committee. UCI president Brian Cookson remarked there was a very strong indication of manipulation. The UCI, in its appeal, has requested that the CAS should set aside the Czech decision and all of his results since March 2011 be erased. The UCI also urged the CAS that the Czech cyclist should be fine €770,000 (£610,000).

Kreuziger’s lawyer, Jan Stovicek, said the expert panel of the Cycling Anti-Doping Foundation made the decision on the alleged guilt of Roman Kreuziger on the basis of incomplete and insufficient information. Stovicek said Kreuziger suffered from a poorly functioning thyroid gland. He added the cyclist's condition deteriorated and he was required to take high dosages of a substitute hormone L-Thyroxine. In a statement, Stovicek said anti-doping rules serve to protect decent athletes, not to bully them. Kreuziger’s lawyer added he understands that the UCI wants to demonstrate an uncompromising fight against doping, but in Roman’s case, it’s obviously taken the next step and added this is the same as accusing someone of murder because he has kitchen knives at home.

Stovicek went on to add that the controllers of UCI mishandled his client's samples and remarked in particular, the fact that two-thirds of blood samples, which are the basis for decision-making, were not stored according to WADA regulations during transport to the laboratory, so they could have deteriorated. Kreuziger’s legal counsel added he should stress that the Czech Olympic Committee’s Arbitration Panel, the supreme independent body dealing with breaches of anti-doping regulations in the Czech Republic, cleared Roman of any wrongdoing. Stovicek also said Roman Kreuziger has never exceeded the basal (extreme) values of the biological passport and is thus innocent and should be treated accordingly. It was further commented by Stovicek that we are confident that the CAS will decide this case quickly and impartially and will not permit an honest man to be prevented from carrying on his profession and added that we should not allow the fight against doping to become a witch hunt.

Kreuziger was associated with Team Astana when anomalies were found in his biological passport. The Tinkoff-Saxo rider, who finished fifth in the 2013 Tour de France, was provisionally suspended by the UCI in August and he was forced to miss the Vuelta a España and the world championships.

If Kreuziger loses his appeal case, he would a ban of two years and possible loss of results, including his 2012 Giro d’Italia stage win to Alpe di Pampeago.