The International Olympic Committee (IOC) has announced three Chinese athletes were stripped of their 2008 Olympic gold medals for doping following re-tests of samples from the Beijing Games. 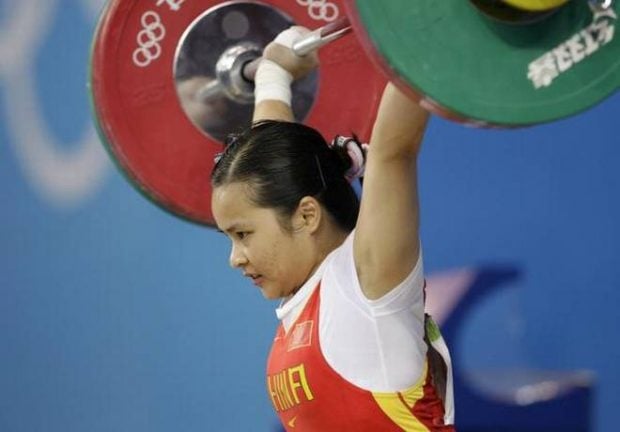 Chunhong will keep the gold at the 2004 Olympics in Athens despite this positive test. Liu Chunhong jerked 158 kg to win the gold medal and set a world record in the 2008 Olympic Games. The Chinese weightlifting team won eight of the 15 weightlifting medals on offer.

Weightlifters from Russia, Taiwan, and Kazakhstan could be upgraded to the gold medals if they clear re-analysis of their samples.

Three non-medal weightlifters from the London 2012 Olympics including Sibel Simsek of Turkey, Intigam Zairov of Azerbaijan and Armenia’s Norayr Vardanyan were also disqualified.

Under the International Weightlifting Federation rules, countries with three or more failed drugs tests in the re-tests of Beijing and London would be banned for a period of year from all international competitions. The governing body of weightlifting promised automatic bans if a nation had three athletes test positive Beijing and London re-tests by the IOC. China is likely to miss out this year on the Asian Championships in April while the World Championships are set for November.

The ban is likely to cause a major embarrassment in China that topped the medal table for the first time in 2008. It is also likely to increase the calls for weightlifting to be thrown out of the Olympics.

The International Olympic Committee also disqualified five more athletes from both the Beijing and London 2012 Olympics, including Nadzeya Ostapchuk of Belarus, who finished third in the women’s shot put in Beijing, whose sample was positive for anabolic steroids. She previously lost her gold medal and Olympic title from the 2012 London Games in a separate doping case.  The compatriot of Ostapchuk, Darya Pchelnik, who came fourth in Beijing 2008 hammer competition, has also been caught using the steroid Turinabol.

Re-tests of samples from the Beijing and London Games have caught more than 100 doping offenders, with Russia having the most cases. The IOC program of retesting samples from the 2008 and 2012 Games using the latest detection methods had resulted in 101 new positives as of last month. Weightlifting accounts for the maximum of positive tests, followed by athletics, wrestling, and cycling.

IOC president Thomas Bach recently said that we will have to look at the results in detail, connect each sport with each country and see if it is a problem specific to each country, Bach added then we will study the situation with the World Anti-Doping Agency (WADA).