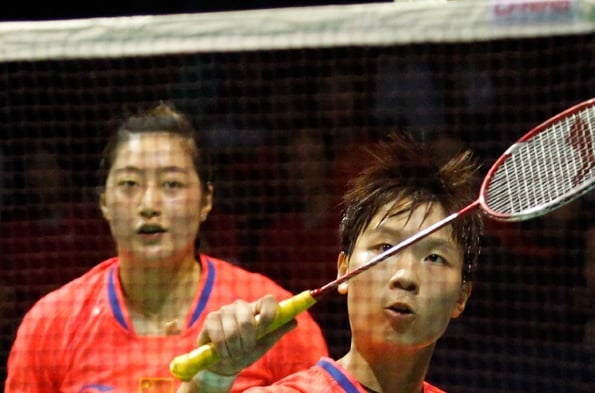 The Badminton World Federation, in accordance with Article 14.3.1 of the BWF Anti-Doping Regulations, was able to publicly identify the player involved in this matter in November 2015. The BWF said in November there will be no further comment from it regarding this matter until the BWF Doping Hearing Panel makes its determination.

The sanction that was imposed by the doping hearing panel of BWF resulted from an adverse analytical finding of the sample of Yu that was taken on July 12 last year. The sample that was collected during the 28th Summer Universiade contained Sibutramine, a weight-loss supplement that is prohibited in competition, because of a supplement that Yu had been taking.

The Badminton World Federation panel heard arguments and evidence from the legal representative and ruled that Yu did not used the pill to gain a performance-enhancing advantage or cheat. In a statement, the BWF said the FISU (International University Sports Federation) determined an anti-doping rule violation and the athlete was disqualified. It was further added that her women’s doubles silver medal was reallocated and China was disqualified in the team event and the team placings were reallocated. It was also said that the BWF following this process and under article 7.1.1 of the WADA code was required to determine the consequences beyond the 28th Summer Universiade.

The BWF statement also said Yu appearing before the BWF doping hearing panel on Saturday January 30, 2016 accepted that Sibutramine was present in her sample and that she had consequently committed an anti-doping rule violation under regulation 2.1 of the BWF anti-doping regulations (2015). It was also commented by the BWF that Yu's argument was that she did so inadvertently and that either no sanction should take place according to Clause 10.4, or at least that any sanction should be reduced according to Clause 10.5.1. The statement by BWF further added that conclusion led to a sanction of seven months’ ineligibility which the panel deemed correct and fair to backdate to the date of sample collection.

The BWF suspension would mean the sanction imposed on Yu will end on February 12, 2016, and she may resume her badminton career on February 13, 2016. In November, it was reported that Yu tested positive for Furosemide that is listed in The World Anti-Doping Code in section S5 (Diuretics and Other Masking Agents) and as such, is prohibited both in and out of competition.

Yu won the women's doubles title at the Singapore Open in April last year along with her partner Ou Dongni. She was also a member of the China squad that won gold in the mixed team category at the Asian Youth Championship in 2011. The narrow victory by Yu Xiaohan and Ou Dongni in the Universiade women’s doubles semi-final prevented Go Ah Ra / Yoo Hae Won from Korea to reach the final in their hometown of Hwasun at the World University Games in Gwangju.