The World governing body of swimming (FINA) has announced Chinese swimmer Chen Xinyi has been banned for two years after failing a drug test at the Rio Olympics. 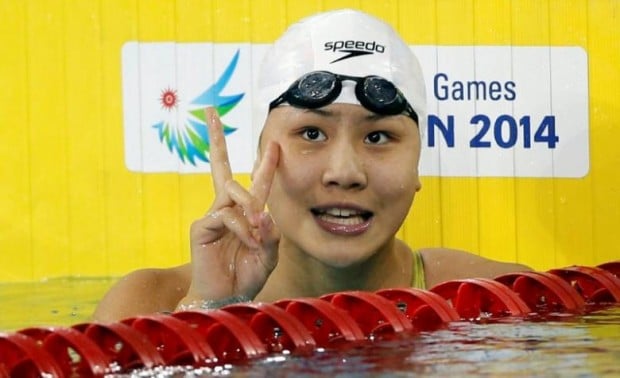 The 18-year-old tested positive on August 8, the same day she took part in the women's 100m butterfly final, finishing fourth.

The swimmer finished fourth in the women’s 100 meters butterfly at Rio but did not start in the 50m freestyle heats after it was reported by the Chinese state media that Chen tested positive for the diuretic Hydrochlorothiazide. She was listed on the official start sheets as the heats got under way and then recorded on the results as DNS (did not start).

In a statement, the Chinese swimming association (CSA) had then said the Chinese Swimming Association resolutely opposes the use of banned substances, will actively cooperate with the investigation by the Court of Arbitration for Sport, and respect its final ruling.

Chen was kicked out of the Olympics after the Court of Arbitration for Sport upheld her doping ban. Chen had accepted a provisional suspension pending a CAS test of the B sample that confirmed the positive test for the diuretic Hydrochlorothiazide. CAS had remarked it was up to the International Swimming Federation (FINA) to decide on punishment of the athlete following the Games.

Known as a masking agent, Hydrochlorothiazide is a banned substance as it can be used to spur weight loss. It is also used to cover up the presence of other illegal drugs by diluting urine collected in doping tests.

The Chinese Swimming Association revealed in March this year that six of the country's swimmers had tested positive for drugs in the preceding months, including three for Hydrochlorothiazide. Two of the six athletes received only warnings.

In a statement, the World governing body of swimming said its Doping Panel decided to impose on the athlete a period of two years’ ineligibility, starting on 11 August 2016 and ending on 10 August 2018 for the swimmer's first anti-doping rule violation. The statement further reads that the FINA Doping Panel acknowledged the Court of Arbitration for Sport Panel decision regarding the disqualification of the athlete’s results at the Rio 2016 Olympic Game.

Chen first made headlines when she won the gold medal in the 100m butterfly and 50m freestyle events at the 2014 Asian Games, with times that set championship records. The Chinese swimmer also won gold at the 2015 World Championships with the Chinese 4x100m medley relay team.

The suspension of Chen followed release of the second part of the World Anti-Doping Agency report into state-sponsored doping in Russia. This report revealed more than 1,000 Russian competitors across dozens of sports were involved in an institutional conspiracy to conceal positive drug tests dating back to at least 2011.