UK Anti-Doping is making efforts these days to find out whether more athletes had used banned substances supplied by Dean Colclough, former Swansea RFC hooker, who received a ban of eight years for possessing and trafficking anabolic androgenic steroids. 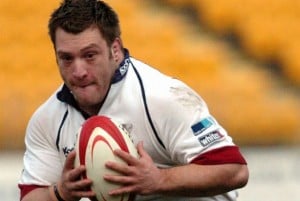 The ban imposed on Colclough was the longest ever meted out by UK Anti-Doping. Colclough, who was a hooker with Swansea RFC, was still registered as a player with Morriston RFC when he committed the offences. The 34-year-old is banned from all sport from 14 November 2013 to 13 November 2021.

This was after Colclough revealed that Sam Chalmers, the suspended son of former Scotland and British and Irish Lions fly-half Craig Chalmers, had purchased a product he imported. Sam received a ban of two years after he tested positive for two anabolic steroids at a Scotland Under-20 training session in last May. He named Dragon Nutrition Limited, a distributor used by Colclough’s company, as the source of the pill that he blamed for the adverse finding.

Colclough admitted to supplying Pro-SD, the pill in question, to Sam Chalmers. He however denied that it had been behind the positive test of Craig Chalmers' son and went on to add that Pro-SD had not been purchased until the following month. UK Anti-Doping, due to lack of power to seize documents, was not able to precisely prove to the satisfaction of an independent panel when this pill was purchased, which meant Colclough was cleared of the second of three charges he was facing.

According to UK Anti-Doping, an investigation had been initiated after information was received from the UK Border Force that resulted in the hooker being charged with two anti-doping violations: possession and trafficking of anabolic steroids. In a statement, UK Anti-Doping said that Colclough was closely involved in the running and operating of Dragon Nutrition Limited (DNL) that distributed anabolic steroids under his own DNL brand. The national anti-doping panel imposed a ban of eight years on Colclough as it considered the offences to be highly serious.

UKAD legal director Graham Arthur said that an independent panel has imposed a significant ban on this athlete, which is the largest yet to be handed down in the UK for a first offence. Arthur added it is a significant case for a number of reasons as firstly it was through UKAD's strong relations with the UK Border Force that the case was first brought to our attention and secondly, this finding demonstrates that everyone in sport has a responsibility to anti-doping, no matter what the level of engagement.

Arthur also remarked this finding demonstrates that everyone in sport has a responsibility to anti-doping, no matter what the level of engagement.

Colclough, in an email submission to UK Anti-Doping, said he was not aware that he was still a registered with the WRU as a player. He however remarked he would not appeal the decision and added he would like to add that in 16 years as a rugby union player, he was completely clean from using any form of banned product. Colclough said he doesn't condone doping in sport and the products we sell are aimed at those wanting to build up their muscle mass and improve the look of their physique.