More emphasis will be made on sport coaches in future doping case investigations, according to Wang Xinzhai, an official from China Anti-Doping Agency (CHINADA). Xinzhai made this comment as anti-doping officials in China are finding ways to update their anti-doping methods and policies. 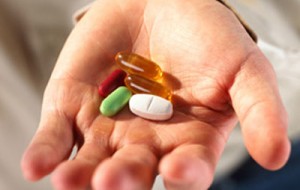 Xinzhai remarked CHINADA will set up a database that has information of several thousand sport coaches in the recent reforms of the agency. The collection of information is however still in the preliminary phase as the China Anti-Doping Agency made many changes to comply with the new World Anti-Doping Code, which goes into effect on January 1, 2015. Xinzhai added the new WADA Code required more efforts on investigation, so we need to make adjustments and added that previous researches indicated that coaches have the most influence in athletes' decision making in terms of doping control and that's why we start with this group. However, this will not be an easy task for Wang and his colleagues as they would be facing huge load of work while sorting out information of thousands of provincial and national team coaches from 15 high risk sports.

Xinzhai also remarked that we already made evaluations on all the sports and picked 15 high risk ones, including athletics, swimming, cycling, taekwondo, rowing, and weightlifting. He also said that then there will be the information collection. We need to know their coaching history, their athletes, and whether they have ever related to any doping cases and also said this obviously is not a task we can handle single-handedly and we must ask provincial sport bureaus for help.

Wang said this is kind of a groundbreaking thing and we need to study how to keep the database accurate. He disclosed that some of his CHINADA colleagues will be attending the training session of the Central Discipline and Inspection Commission of the Communist Party of China, China's discipline watchdog and expressed hopes that professionals from the police force will be interested in joining them.

The anti-doping policies of China have received many setbacks in the past. In 2009, Bioethicist Maxwell J. Mehlman in his book The Price of Perfection remarked China in effect has replaced East Germany as the target of Western condemnation of state-sponsored doping. This was after it was revealed that the country conducted a state sanctioned doping program on athletes in the 1980s and 1990s.

However, the country has been making dramatic changes to its anti-doping policies that have been appreciated all over. David Howman, director general of WADA, said in 2012 that he is happy with the progress shown by China Anti-Doping Agency (CHINADA) and added the country should share its experience and expertise with other parts of Asia. Howman said we don't want to solely rely on science and added that we want to spread to these areas to make sure there's no drug cheats.

In 2013, World Anti-Doping Agency (WADA) president John Fahey brought back the progress of the country to a halt by saying China remains the "major source of supply" for illegal performance enhancing drugs. Fahey made the comments after Howman said that 99 per cent of illegal substances come from China.

0 0
Previous ArticleNICE Says Clean Syringes Should Be Provided To Under-18 Steroid UsersNext ArticleWhat is LetroZone?