Cortney Casey, the American mixed martial artist who competes in the Strawweight division of the Ultimate Fighting Championship, has been cleared of doping allegations. 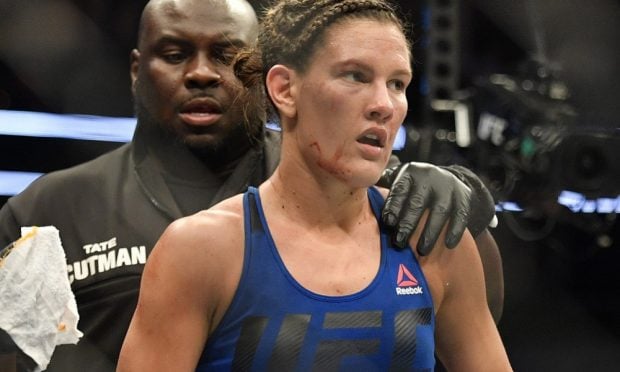 Jeff Novitzky, the UFC VP of athlete health and performance, remarked Casey has been cleared of wrongdoing both by a World Anti-Doping Agency accredited lab and a testing laboratory hired by the Texas Department of Licensing and Regulation after she failed a post-fight drug test at UFC 211.

The B sample of Casey came back negative for banned substances and synthetic testosterone after an initial test by a laboratory hired by the commission revealed a testosterone-to-epitestosterone (T/E) ratio slightly higher than 4-1.

Novitzky remarked Cortney Casey has basically had not done anything wrong. Novitzky also remarked it is burning me up because the whole process has been unfair to begin with, and here we are 36 hours later. The UFC VP of athlete health and performance also commented Casey should be cleared publicly, and she has not been yet.

The Texas Department of Licensing and Regulation has made the case of Casey as “still under review”. TDLR had suspended Casey for 90 days, and ordered her to pay a fine between $2,000 and $5,000 after receiving the initial positive to overturn the unanimous-decision win of Casey (6-4 MMA, 2-3 UFC) over Jessica Aguilar (19-5 MMA, 0-1 UFC).

Novitzky went on to say that TDLR must immediately reverse its decision else UFC could steer away future UFC events from Texas if the issue is not resolved. The UFC VP of athlete health and performance also commented that he thinks it is pretty extreme, but thinking through things, if these problems are not fixed, the only recourse may be that we don’t make our athletes subject to this, and in the future we can’t go to Texas and also remarked he does not think it is going to get to that level but certainly that has been a topic of discussion.

Novitzky said he was informed by drug testing laboratory of TDLR, Austin Mobile Drug Testing that Casey had come back negative for banned substances and exogenous testosterone.

TDLR spokesperson Susan Stanford declined to comment and said the Texas Department of Licensing and Regulation (TDLR) consistently reviews all Combative Sports program rules, including those related to anti-doping. During the last review of the rules TDLR received a single public comment related to drug testing procedures. The spokesperson also commented that the comment sought to include all prohibited drugs in the standard testing panel and also remarked that the Department welcomes additional comments about anti-doping and other concerns from the public and industry affecting the combative sports program.

Novitzky had previously defended Casey by remarking that the elevated testosterone levels of the athlete could have come from a legal substance such as birth control pills that are taken by Casey. Novitzky also remarked there are instances where athletes have physiological issues within their body that they just naturally have higher T/E ratios and also commented that an athlete could potentially be taking an allowed substance, potentially birth control, (and) they could suppress some of the epitestosterone and show a mildly elevated level.