Sir Craig Reedie is set to become the next president of the World Anti-Doping Agency. The British Olympic official will very soon be facing the huge task of cleaning up drug scandals across sports.

Reedie will be the third WADA president after fellow International Olympic Committee member Dick Pound and John Fahey. The decision was taken at an IOC executive board meeting in Moscow.

A driving force behind London's successful hosting of the 2012 Olympic Games, Reedie said he will look forward to continuing as IOC vice-president until his term ends and to get both organizations working together as closely as possible. Knighted by Queen Elizabeth II for his role in the organizing of the London Olympic Games, remarked governments and sports bodies have to be smarter and more successful to fight against doping in sport.

The IOC executive board nominated Reedie, a vice president of the International Olympic Committee, for the post of WADA head. Reedie was chosen ahead of former Olympic hurdles great Edwin Moses and former IOC medical director Patrick Schamasch and will be in line to succeed John Fahey, a former Australian minister who will step down at the end of the year. Reedie, already a member of WADA's executive committee, will be put up for election at the World Conference on Doping in Sport in Johannesburg from November 12-15, which is just a formality now. The 72-year-old Reedie is a former president of the international badminton federation and chairman of the British Olympic Association.

Reedie will take the post of WADA chief at a time when worldwide drug scandals across sports are emerging every now and then. Some of the biggest names in sports including sprinters Tyson Gay, Asafa Powell, and Sherone Simpson have tested positive for banned drugs. Recently, Russian and Turkish athletic federations suspended many of their athletes to clean up sports and allow clean athletes to compete on a level-playing field. Baseball has been plunged in dark with the heavy suspension of 211 games on Alex Rodriguez, one of the greatest baseball players of all time, and other players from the sport. With recent report on systematic doping in the former West Germany, Reedie surely has enough on his hands. If that was not all, he will also be entrusted with the task of convincing governments around the world who are already financial crunches and unwilling to contribute fully to WADA.

Sir Craig Reedie went on to remark that he is in favor of the four-year ban for athletes who fail dope tests and said we are talking about serious doping offences, not someone taking an aspirin. Reedie added there has to be a sense of proportion and this is up for discussion and should be in the consultation paper ahead of the new WADA code being adopted. Reedie also remarked having been part of the organization for 14 years he has a lot of regard for what the World Anti-Doping Agency has achieved and he looks forward to being able to help them in the future. 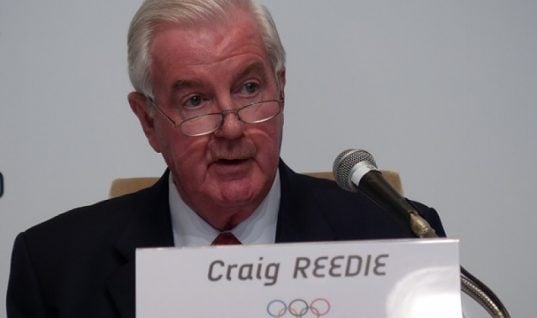 WADA May Use Hair Samples For Future Testing