A new anti-doping regimen in cricket will be initiated at the 2017 ICC Champions Trophy. 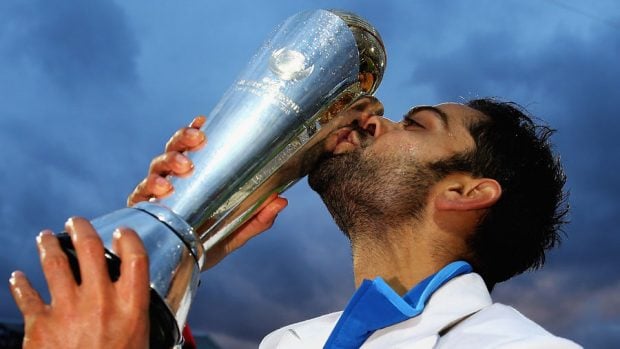 Under the move, blood samples will be drawn from players to test for performance enhancing drugs. Urine samples are also required from cricketers in accordance with World Anti-Doping Agency (WADA) guidelines. However, players will also have to provide blood samples to improve the testing process for the first time at the Champions Trophy set to take place in England and Wales this June.

An ICC anti-doping team recently briefed Indian players during stay of the team in Pune for the first ODI between India and England. The Indian cricket team players were initially apprehensive about blood being drawn. They agreed after it was explained to them by the anti-doping team that blood testing would help eradicate the abuse of performance enhancing drugs, like it does in other sports.

An unnamed source was quoted as saying that cricket has been WADA compliant since 2006 but our players still only undergo in-competition random tests, where their urine samples are collected. The source further commented but there are a lot of performance enhancing drugs and steroids in circulation out there which aren’t visible in urine samples but will show up in your blood and added that blood-testing is part of what WADA terms ‘smart testing’. It was also added that the samples taken during the tournament will be preserved for 10 years and fresh samples will be collected once every six months and the blood profile therefore will be studied every six months and also remarked this is a more sophisticated technique, which will help in conducting more targeted tests and provide clearer evidence of doping.

The unnamed source also commented that you would look at the explosiveness of a batsman or a fast bowler for example and perform a growth hormone test just to eliminate the doubt of whether any illegal methods have been used. It was also said that a game is won or lost with a home-run in baseball and the same goes for T20 cricket and it is a game based on explosiveness in batting, bowling and fielding. The source added the stakes are high and the money is massive and there are so many players now who don’t necessarily come under the scanner of their national boards.

Cricket is considered primarily a skill-based support and hence there is little fear that the abuse of performance enhancing drugs is likely. However, the emergence of the T20 variation of the sport that is heavily concentrated on success through strength and power hitting could possibly "encourage" some players to doping and steroid use.

Recently, Andre Russell of West Indies was given a ban of one year for not providing his whereabouts.

Urine samples have been effective in doping in Indian cricket. Pradeep Sangwan tested positive for Stanozolol, an anabolic steroid, in a random test conducted during the 2013 IPL season, while playing for Kolkata Knight Riders. The ban of Sangwan has now ended and he is hired by the Gujarat Lions. Sangwan, who was the first Indian cricketer to be found guilty of doping, bagged 32 wickets in the season, including a seven-wicket haul against Odisha.