Damian Keogh, former Olympic basketballer, has stepped aside from his position as chairman of the Cronulla Sharks NRL club after he was charged with possessing a prohibited drug. 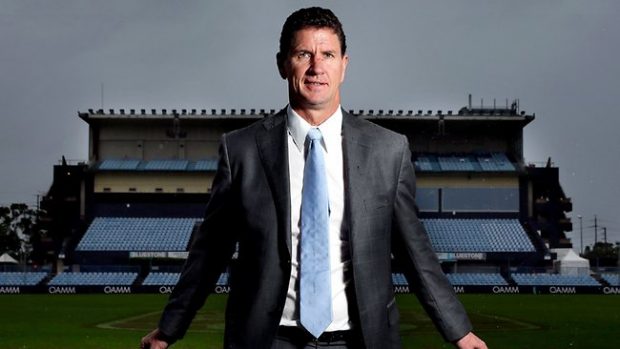 In a statement, the club said Keogh would vacate his role to allow him to address allegations of possession of an illegal substance.

Police confirmed that they searched a 55-year-old man at a licensed premise on Bourke Street in Woolloomooloo, an inner-city suburb of Sydney. It was remarked that the police during the search allegedly located a small resealable bag containing a quantity of white powder that is believed to be cocaine. Police said the man was arrested and issued with a field court attendance notice for the offence of possession of prohibited drug.

Sharks chief executive Lyall Gorman said he had a word with Keogh. Gorman remarked Keogh expressed great remorse to him that he let him down personally and that he felt that if these allegations end up proven to be correct, the impact it could have on the club and the game would be bad. The Sharks chief executive it is not the message that our club holds high and added it is an incredibly disappointing message to our community.

In another development, the New Zealand Rugby League (NZRL) has announced Jesse Bromwich and Kevin Proctor will not be considered for this year's World Cup because of their involvement in an alleged incident involving illicit drugs. Bromwich and Proctor are accused of consuming an illegal substance in the early hours of May 6 in Canberra following their loss to the Kangaroos.

Kiwis coach David Kidwell said there was no trust left and expressed his disappointment. Kidwell said we have values to uphold, they have broken his trust, their team mates' trust and the trust of the New Zealand public. Kidwell also said no one is bigger than the team in our Te Iwi Kiwi house and added now we will move forward and focus on the Rugby League World Cup.

NZRL Chief executive Alex Hayton said the New Zealand Rugby League 100 per cent backs the decision not to consider these two men. Hayton added NZRL and the Kiwis will continue to work hard to ensure the people of New Zealand are proud to support our teams both on and off the field.

Bromwich said he would step down from the Kiwis and Storm leadership groups. Bromwich also commented that he would undergo counseling, donate his test fee to charity, and be sidelined for two NRL matches.

In a statement released through his club (the Gold Coast Titans), Proctor described the night as a "bit of a blur" and while he could not remember the incident, but did not deny it occurred.

Todd Greenberg, Head of the NRL, remarked players and officials ultimately had to take responsibility for their actions. Greenberg said the sport had strong education and testing programs but it came down to a choice of what was right and wrong.