Mike Winkeljohn, coach to former UFC champion Holly Holm and the longtime coach at Jackson-Winkeljohn MMA, has remarked he is not much enthusiastic about the concept of Cris Cyborg making a return to the cage anytime soon. 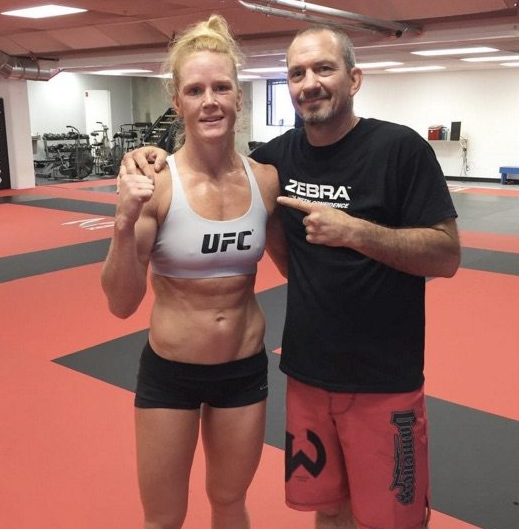 The newly minted featherweight division has already had its share of controversies. The inaugural champion Germaine de Randamie managed to walk away with the featherweight title at UFC 208 despite the fact that the fight could easily have been scored a draw if the referee had taken points for fouls.

Recently, UFC President Dana White said negotiations have been happening between Cyborg and the United States Anti-Doping Agency, UFC’s drug testing organization. This means the comeback of Cyborg could be sooner than expected. However, Winkeljohn said it is too early for the UFC to give Cyborg a fight.

Winkeljohn also remarked he does believe Holm deserves a rematch. The coach added he thinks most of the media out there and most of the writers that know a little bit about Mixed Martial Arts thought Holly won the fight even without the point deduction but he would still say it does validate the want for a rematch. Winkeljohn added he knows Dana really wants to get Cyborg back in there but she keeps getting busted for illegal substances. Winkeljohn went on to remark that he thinks Cyborg needs to stay clean for a year before she gets back in there and he thinks Holly needs to fight Germaine first. Winkeljohn hinted that it is very much obvious that Cyborg made use of banned performance enhancing drugs.

The coach further remarked her body did change as time went on if you look at her over her career and there is an obvious reason to it. Winkeljohn said there is no benefit of being politically correct and it is not about hurting feelings. He also commented that it is not just that they are on things and they get the fight time, but density has changed, structures have changed of your body, and bone structure has changed. Winkeljohn also remarked these things are affected by cheating and we can’t go back, but at least let’s go with keeping things clean for a year so at least the muscles are not getting enhanced as such.

Winkeljohn also commented that he has little to no faith in USADA. He also said he has not much interest in seeing Holm fight Cyborg in the near future. Winkeljohn also said Holly Holm is the number one tested person in the whole UFC and the number of tests would be close to 17 times now in the last year and a half. The former UFC champ Holly Holm also said people were not happy with how Holm knocked out Ronda Rousey, the first American woman to earn an Olympic medal in judo. He also said people need to be clean to make people fight on a fair level playing field and he thinks Cyborg needs to be "clean" for a while before Holly were to fight Cyborg.