Brazilian and American mixed martial artist and former Strikeforce Women's Featherweight Champion Cris “Cyborg” Justino has been notified of a potential anti-doping violation that emanated from a December 5 out-of-competition test from the United States Anti-Doping Agency.

USADA has tested Cyborg 14 times since the Ultimate Fighting Championship initiated its anti-doping program in 2015. The mixed martial artist passed the first 13 tests but her last one was a positive. Cyborg fought twice in the UFC this year and won both by knockout. She is 17-1 with one no contest. 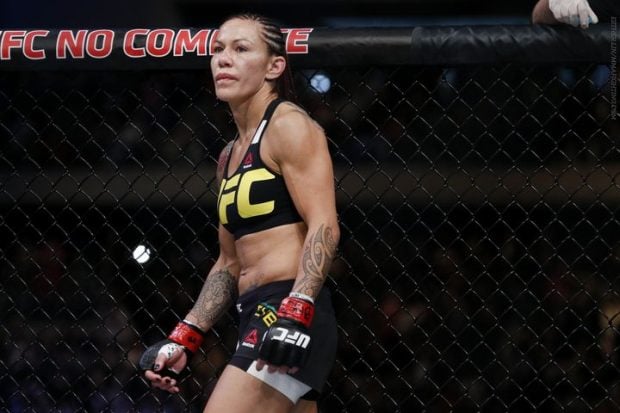 Justino previously failed a test in 2011 while she was fighting for Strikeforce. She tested positive for the anabolic steroid Stanozolol following a victory over Hiroko Yamanaka on December 17, 2011 and served a one-year suspension.

Justino said in a post to her personal web page that she tested positive for Spironolactone, which is a diuretic. Spironolactone is banned in- and out-of-competition under the UFC’s anti-doping policy and the World Anti-Doping Agency Code. The drug can be used to treat heart, liver and kidney issues, as well as high-blood pressure and low potassium. It is also used as a diuretic for masking the presence of performance enhancing drugs.

Cyborg remarked Spironolactone is part of a therapeutic treatment being administered by her doctor. She added we are being fully cooperating with the United States Anti-Doping Agency at this time and have already started the process of applying for a retroactive therapeutic use exemption. Cyborg told her fans to be confident the substance they are inquiring about is not for performance enhancing use, and is needed for her specific treatments.

Cyborg's boyfriend Ray Elbe remarked Cyborg has not tested positive for a steroid. Elbe said she has a prescription as part of the post fight therapy she has been receiving due to the severe weight cut. He also commented this has been known for a few days, and Cris doctor has been in direct contact with the United States Anti-Doping Agency turning over all the necessary patient files to document the reasons Cris needs the medication.

The UFC created its women’s featherweight division on December 14. It was announced by UFC to everyone's surprise that Holly Holm would fight Germaine de Randamie for the vacant title on February 11 at UFC 208 in Brooklyn as Justino, who has shown she is the world’s most dominant featherweight, was not involved. UFC president Dana White remarked he had offered Justino three fights at 145 and she turned all of them down.

Cyborg could face a lengthy suspension and it could possibly also means curtains down for a dream fight between Justino and ex-women’s bantamweight champion Ronda Rousey. In the past, Rousey has been highly critical of the positive test of Justino. Ronda had remarked she does not care if Cyborg is injecting horse semen into her eyeballs and also remarked this girl has been on steroids for so long and has been injecting herself for so long that she is not even a woman anymore.