The International Paralympic Committee (IPC) has banned Para ice hockey player Martin Novak of the Czech Republic for a period of six months after he was found guilty for doping. 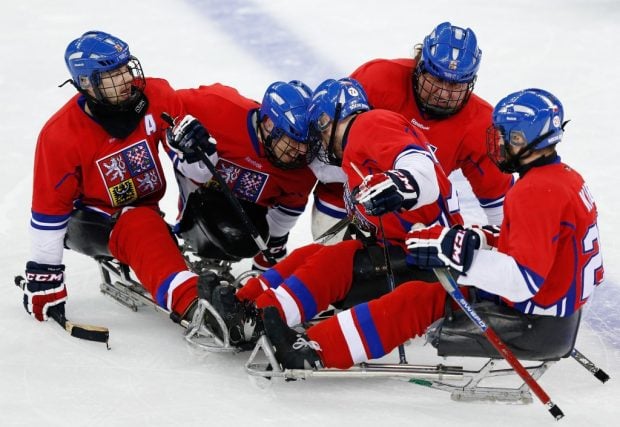 The Paralympic hockey player tested positive for banned substance Indapamide, a diuretic and masking agent, at the 2016 IPC Ice Sledge Hockey World Championships B-Pool in Tomakomai in Japan in December. The event was won by the Czech Republic. Novak provided the sample on the day of the final where his team defeated Japan 6-0. Michael Geier bagged five of the goals after he set up Zdenek Habl for the opener. Habl opened the scoring for the European side after just four minutes.

On January 20, Novak was provisionally suspended and he will be able to make a return only after July 19 this year. It was confirmed by the IPC that the failed drugs test of Novak will have no bearing on victory of Czech Republic in Tomakomai. The victory of Novak's team meant they secured a spot at the qualification tournament for the 2018 Winter Paralympic Games in Pyeongchang, along with beaten finalists Japan and bronze medalists Slovakia.

In a statement, the IPC said Indapamide is included on the World Anti-Doping Agency (WADA) 2016 Prohibited List under the category S5. It further added that diuretics and Masking Agents and is prohibited at all times, both in and out of competition. The International Paralympic Committee commented that there will be no impact on the team result and also commented that all results of Novak obtained from the date of the test and onwards will be disqualified including forfeiture of any medals, points, records and prizes.

In another development, Gulfiya Khanafeyeva is among four more Russian athletes to have been disqualified from London 2012 by the International Olympic Committee. The silver medalist at the 2006 European Championships is implicated in a doping case for the third time in her career. Triple jumper Viktoria Valyukevich and fellow hammer thrower Maria Bespalova have also been retrospectively disqualified. Weightlifter Khadzhimurat Akkaev is the final athlete sanctioned. All four failed for Turinabol, the banned anabolic steroid.

The 34-year-old Khanafeyeva finished 16th in hammer qualifying at London 2012 and served a doping ban of three months in 2002 before a second two year suspension in 2008 for submitting a fake urine sample. Khanafeyeva's mark of 77.26 meters saw her hold the world record for just 12 days in June 2006 before it was eclipsed by team-mate Tatyana Lysenko, who has already been disqualified for doping.

Bespalova, who served a doping ban of four years after testing positive for a banned steroid in 2015, finished 11th at London 2012. Valyukevich, a gold medal winner at the 2005 World Indoor Championships in Madrid, was eighth in the triple jump final at London 2012. Akkaev won both the world and European under-105kg titles in 2011. Akkaev followed silver at Athens 2004 in the under-94kg division with bronze at Beijing 2008 before stepping-up in weight divisions.

The International Olympic Committee has been re-testing samples from Beijing 2008 and London 2012 using up-to-date technology.