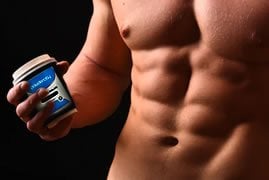 Dicaffeine Malate, also called Infinergy, was developed by a supplement research firm by combining roughly 75% caffeine with 25% malice acid by molecular weight.  It is a compound that is stacked into supplement formulas due to its fitness and health benefits.  We will take a closer look at this interesting supplement in this article and answer all your questions on it.

History and the Coke connection

Back in 1886, a pharmacist in Atlanta, Georgia named John Pemberton invented a beverage called Coca-Cola by originally combining French wine with coca-leaf (cocaine).   His original problem was that there were too many regulations on alcohol at the time so he decided to swap out wine for sugar syrup and kola-nut extract.   In this era, and up until it was banned in 1914 in the United States, this powdery narcotic called cocaine was used for a variety of health ailments from fatigue to stomach upset. 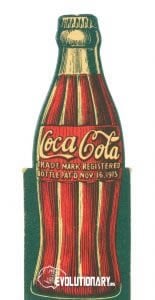 Coca-Cola decided to remove all cocaine from their beverage during the 1920s and replaced it with Dicaffeine Malate.  The rest is history as 'Coke' from Coca-Cola would go on to be the most popular selling soda pop in the United States, and the world at large, over the next 100 years and is still going strong.

As already mentioned, it is made up of mostly caffeine structurally, with a quarter of the compound being malic acid.  Many people who consume caffeine on an empty stomach will notice cramping, diarrhea, and general stomach upset.  This malice acid addition plays a role in buffering the salts in caffeine, making it way easier to digest.

Many people will also complain that they will consume coffee and crash after a couple of hours.  Another thing that Dicaffeine Malate does differently, from just straight caffeine, is it replenishes the energy spike so you get more balanced energy.   This means no more jitters and anxiety followed up by a hard crash and being fatigued.

Now that we understand how it is structured and some background on its advantages, let's take a closer look at some of the things we discussed already, and how it can help you at the gym or with your sport of choice.

Ask anybody who has switched to Dicaffeine Malate over caffeine and they will tell you right off the bat they experience more endurance on it.  This isn't an accident because it is true the malice acid addition gives you a longer-lasting wind.

Much like caffeine, it also raises energy and mood, while also making your stomach much happier.  Here are the best benefits:

We love to use compounds together with other supplements to boost the synergy.  This concept is called 'stacking' and doing this with Dicaffeine Malate is very advantageous.  Here are some more supplements we recommend you stack it with:

Chromium is a chemical element (CR in the periodic table), which gets its name from the Greek word 'chroma', meaning color. This element is considered an essential mineral because it helps insulin in the body function properly, which plays an important role in carbohydrate, fat, and protein metabolism. Read more..

Garcinia cambogia is a tiny pumpkin-shaped fruit from Asia, which is also called Malabar tamarind. Currently, it's very difficult to find in American supermarkets because of its high price and extremely sour flesh. However, due to its weight loss and health benefits, the extract is made into supplement form and is readily available at some vitamin shops. Read more..

Dicaffeine Malate side effects are similar to caffeine especially if you overdose.  There is no reason to run too much of it, but if you take too much you might experience issues like increased heart rate, headaches, anxiety, and stomach upset.

You should never exceed 100 mg a day, and if you are combining it with other stimulants, we recommend using a much lower dosage.   There is much debate on the best time to take it but in our opinion, we recommend using it twice per day, both upon waking and in the early afternoon especially 1-2 hours before your workout.  We are opposed to using Dicaffeine Malate or any stimulant-like compound near bedtime as it can interfere with your sleep quality.

Dicaffeine Malate is typically sold as part of either proprietary blends or as part of supplement stacks.  To get the best product look for it in non-proprietary blend formulas so you know what you are buying.  We really love a product called Cardazol, which has 22.2 mg per serving of Dicaffeine Malate (as Infinergy).  Cardazol is sold at bannednutrition.com and you can learn more about this compound at the two best and most popular fitness forums evolutionary.org and elitefitness.com. 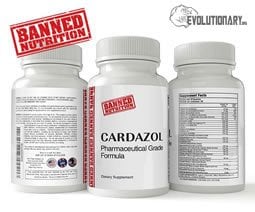