An eight-month suspended prison sentence has been imposed on former Olympic race walking gold medalist Alex Schwazer under a plea bargain deal with prosecutors who are investigating his role in doping. The Italian walker will also pay a 6,000-euro ($7,350) fine as part of the deal. 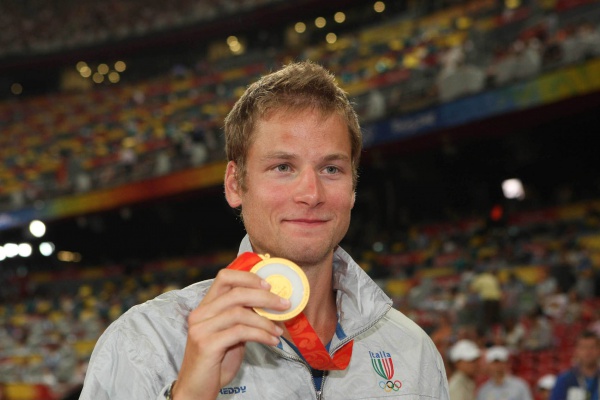 Schwazer admitted using the blood-boosting hormone Erythropoietin (EPO), a blood-boosting drug, after he failed an out-of-competition test before arriving at the 2012 London Olympics. After his doping incident, the walker said he was quitting the sport but now wants to compete at the 2016 Rio de Janeiro Games. His 3 1/2-year ban from the Italian Olympic Committee (CONI) will expire in January, 2016. CONI may extend his doping ban as the anti-doping authority is still investigating him. Prosecutors believe coaches and doctors knew that the Olympic 50k walk champion was doping long before he tested positive. In the past, Schwazer had admitted to consulting with Lance Armstrong's banned sports doctor, Michele Ferrari.

Alex Schwazer established a new Olympic record with his time of 3:37:09 by winning gold at the 50 km walk at the 2008 Summer Olympics. Schwazer broke Maurizio Damilano's 18-year-old record with a time of [1:18:23].20 by winning the 20 km at the Gran Premio Città di Lugano in an Italian record time.

In August 2012, Schwazer said he acted alone and remarked he bought EPO from a chemist when he went to Turkey, to Antalya in September. The Italian race walker also disclosed that he took the last EPO injection on July 29 and went back home to get a document he needed for the Olympics. He added anti-doping officers paid a visit to his house the next day and his sample tested positive for EPO. Schwazer also rendered an apology to her fiancée Carolina Kostner and said it was not easy for him to lie to her and added he told her the medicines in the fridge were vitamin B12.

CONI's anti-doping court will also judge Schwazer's ex-girlfriend and former figure skating world champion Carolina Kostner. She is accused of helping Schwazer cover up use of banned drugs and helping him avoid a test. Kostner, who is taking this year off from competition, may face a doping ban of four years and three months.

Carolina has vehemently denied that she assisted Alex in doping. However, Kostner had admitted to prosecutors in Bolzano that Alex Schwazer slept in an altitude chamber that is not banned by WADA but is illegal in Italy. The 27-year-old Kostner, the 2014 Olympic bronze medalist and 2012 world champion, can be ruled out of the 2018 Olympics in Pyeongchang, South Korea, and may see her career ending before she expected.