The Court of Arbitration for Sport (CAS) has imposed a doping ban of four years on Indian wrestler Narsingh Yadav. 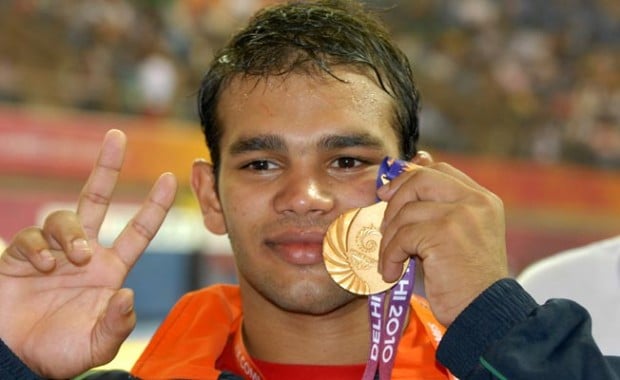 The decision marks the end of contention for the 27-year-old who was originally suspended from competing at the Rio Olympics following two positive anti-doping tests for a banned steroid in June and July this year.

In a statement, the 74-kg wrestler remarked his dream of competing and winning the country a medal at the Rio Olympics has been cruelly snatched away from him twelve hours before his first bout. Yadav added he is devastated at the decision and will do everything it takes to prove his innocence.

The National Anti-Doping Agency of India exonerated Yadav after he successfully argued he was the victim of sabotage. Yadav had claimed his food and drink had been tampered with. The Indian wrestler lodged a police complaint against a junior wrestler and accused him of contaminating his food at the Sports Authority of India training centre in Sonepat.

The decision of the agency was appealed by the World Anti-Doping Agency (WADA) and the CAS did not accepted Narsingh Yadav was the victim of a conspiracy. In a statement, the CAS said there was no evidence he bore no fault, nor that the anti-doping rule violation was not intentional and the statement further reads that the standard 4-year period of ineligibility was imposed by the Panel.

Yadav has been now asked to vacate his room on the Games Village on Friday morning and he has been kept in a safe place by the Indian delegation, away from the prying eyes of the Indian media.

Brij Bhushan Sharan Singh, Wrestling Federation of India president, said this conspiracy against him, and sabotage. Singh added we will have to return to India and explore legal options.

Indian contingent's chef-de-mission Rakesh Gupta remarked it is so unfortunate. Gupta added we had written to the world wrestling body, the International Olympic Committee, and also the Organizing Committee of the Rio Games after getting the clearance from NADA and also said they had accepted Narsingh's entry and that is the reason he traveled with us. The chef-de-mission of the Indian contingent said we suddenly got a letter from world anti-doping body WADA three days back that it had appealed against Narsingh's entry in the Rio Games after we were assured that everything was fine. Gupta added we asked for time but they gave us 48 hours and also commented that we tried to present our case and were confident but have got this shocking news now.

The urine sample of Narsingh had tested positive for steroid Methandienone on June 25 and July 5. Yadav's suspension begins immediately. All competitive results obtained by Narsingh Yadav from and including 25 June 2016 shall be disqualified, with all resulting consequences (including forfeiture of medals, points and prizes).

Yadav was to take on France's Zelimkhan Khadjiev in the qualification round. The road of Narsingh was full of obstacles after he was named to represent India ahead of double Olympic-medalist Sushil Kumar. Sushil dragged Narsingh to the Delhi High Court and the judgment went in his favor.