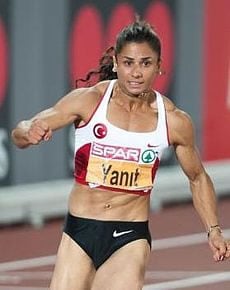 The Turkish National Olympic Committee (TMOK) is making efforts to double up the presently penalty of two years on athletes who are found to have engaged in doping.

On September 13, the Olympic committee filed an official plea to the Youth and Sports Ministry and the Sports General Directorate Arbitration Board. It asked for an increase in the penalties on 44 Turkish athletes, including Nevin Yanıt, Eşref Apak, Kıvılcım Kaya, Fatih Eryıldırım, and Elif Yıldırım. This demand for an increase in penalties stemmed from a statement sent by the International Association of Athletics Federations (IAAF) whereby it requested that athletes found guilty of using performance enhancing drugs should now be banned for four years.

In the last few months, the reputation of Turkey has been tarnished with 31 of its athletes, including Olympic medalist Eşref Apak, suspended for doping violations and receiving a suspension of two years each. In addition to that, nine Turkish athletes, including two teenagers, got bans of two years for using anabolic steroids. A surge in doping cases prompted TAF chairman Mehmet Terzi to resign after nine years in office.

Double European 100m hurdles champion Nevin Yanit was recently banned for two years for drugs violations by the Turkish Athletics Federation (TAF). According to the IAAF, Yanit faced a ban following multiple positive findings in both in-competition and out-of-competition tests. In a statement, Turkey's Olympic chief Ugur Erdener remarked the decision to ban the 27-year-old athlete at a disciplinary board meeting demonstrates that the new, more aggressive anti-doping policies being implemented by our National Federations and the Turkish Anti-Doping Agency (TADA).

Erdener added that drugs' testing in the country would be beefed up and added while any evidence of cheating is a major disappointment for any country, the Turkish National Olympic Committee nevertheless welcomes the action taken by the Turkish Athletics Federation regarding the ban on Yanit. Erdener also said he looks forward to working closely with the new incoming chairman of Turkish athletics who is expected to aggressively seek out and expel all athletes who cheat using performance enhancing drugs. He also remarked Turkey, led by the Turkish government, has zero-tolerance for doping and it is our intention to have clean, young athletes competing on the international sporting stage in the future.

Turkey's Youth and Sports Minister Suat Kılıç said the recent doping scandals would have a positive impact since they show that Turkish authorities were showing the world that they would not sweep this under the rug. He added the success that would come with doping better not come at all and it isn’t about getting caught or not. He also remarked we do not want an athlete that has world medals but a damaged liver and went on to say that there are currently 776 sports facilities under construction in Turkey as part of official investments in 2013, which is a great move toward the facilitation of sports in Turkey and could be seen as a revolution unlike any other before it.