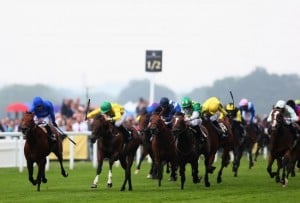 Thoroughbred racing’s drug problem was a myth, representatives of the horseracing industry recently told the U.S. Congress. Phil Hanrahan, the chief executive officer of the National Horsemen’s Benevolent and Protective Association, told Congress members that bringing in the United States Anti-Doping Agency to clean up the sport was addressing a problem that does not exist. However, a report by the California Horse Racing Board revealed that Bob Baffert, a Hall of Fame trainer, revealed on the same day that the trainer had been administering a thyroid hormone to every horse in his barn without ever checking to see if any of them had thyroid problems.

The California Horse Racing Board report revealed that thyroxine, the drug, was so routinely prescribed in the barn of Bob Baffert that it was dispensed for one of the horses a week after he had died. This report was made after an investigation was conducted by the California Horse Racing Board into the sudden deaths of seven horses trained by Baffert from 2011 to 2013. The report of the board found no evidence that California Horse Racing Board rules or regulations have been violated. In the meanwhile, Baffert declined to answer why he gave thyroxine to every horse in his barn if he did not know if the drug was required by the horses. The trainer wrote on Twitter, "I’m gratified that C.H.R.B. completed its investigation & found there was no wrongdoing.”

The report revealed that Baffert acknowledged directing his veterinarians to use the drug on all his horses. It was also disclosed that it was the trainer who asked his veterinarians to prescribe it, which is in conflict with the policy of the American Association of Equine Practitioners, the industry’s most influential veterinary group. According to the American Association of Equine Practitioners, treatments should be based upon a specific diagnosis and administered in the context of a valid and transparent owner-trainer-veterinarian relationship.

The investigators were told by Baffert that he believed the drug would help "build up" horses at his barn. The trainer remarked he stopped administering thyroxine to his horses after the seventh horse died last March. The CHRB report said thyroxine can cause “cardiac alterations” in horses according to one study. C.H.R.B.’s equine medical director, Dr. Rick Arthur, summarizing his report to the board that he had no conclusive explanation of how seven horses belonging to one trainer dropped dead during a period of sixteen months. He added that it is extremely abnormal statistically and went on to say that it does say there is something wrong here despite the fact that we couldn't find anything.

In another development, three thoroughbred trainers (David Wells, Sam Webb, and Patricia Anne Rogers) were arrested and charged in federal court a day after a congressional hearing on doping in horse racing. The three trainers have accused of devising a scheme to defraud those betting on thoroughbred races at Penn National Race Course in Grantville by administering banned substances to horses within 24 hours of a race. If convicted, they face up to 20 years in prison and a $250,000 fine. 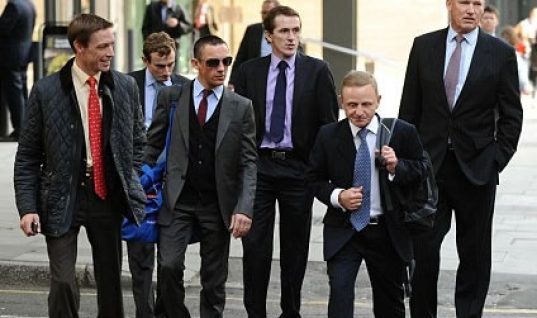