The all-conquering sprinters of Jamaica are facing a potential doping scandal amid claims that traces of a banned substance were found in samples taken at the 2008 Olympic Games. 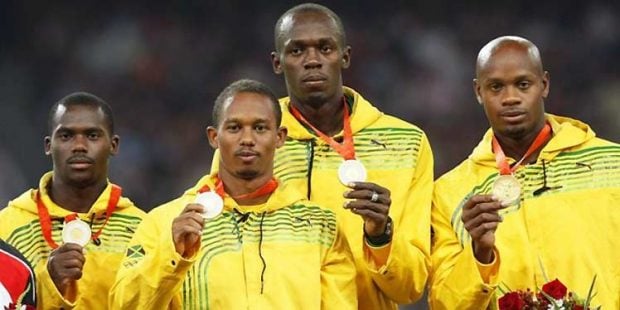 German broadcaster ARD that was behind the explosive documentary about track and field reported that traces of Clenbuterol were found in samples given by members of a Jamaican sprint team that won 11 medals in Beijing. The ARD report said Clenbuterol was detected in several urine samples from the 2008 Jamaican Olympics team according to information from the ARD anti-doping editorial staff, in 2016 during the re-analysis for banned substances.

The ARD research team added these also included samples from the Caribbean island's male sprinters. It was further added by ARD that it has been verified by several sources that the International Olympic Committee was aware of the explosive findings from the Jamaicans but it declined to pursue them further and instead stopped all investigations.

WADA director general Olivier Niggli said he is aware of the fact that some very low levels of Clenbuterol were found in some cases from Jamaica. Niggli added he did not view the situation as positive, as it would be a perfect excuse if an athlete got caught.

It was confirmed by the IOC to ARD that the findings were not disclosed as the traces were so low that they could have possibly been caused by contaminated meat. In a statement, the IOC said all of the values were below 1ng/ml and therefore in the range of potential meat contamination cases. The IOC added we to protect these innocent athletes cannot reveal any more details about them and also added that we expect that rights of these athletes are also respected by the media.

Clemens Prokop, German athletics federation president, said, the situation with positive samples of Jamaican athletes damaged the image of WADA and IOC. Prokop said the credibility of IOC and WADA in this case has been seriously damaged. They have lost basic trust and the behavior of both organizations is abstruse.

Jamaican men's relay team, including Usain Bolt, was stripped of 4x100metres relay gold medal from the 2008 Beijing Olympics, as a result of teammate Nesta Carter being disqualified for a doping violation.

Clenbuterol is commonly used by amateur and professional bodybuilders as well as athletes to lose body fat. This banned substance resulted in doping suspensions for sprinter Katrin Krabbe and the former Tour de France winner Alberto Contador in the past. Contador was stripped of his 2010 Tour de France title. He received a doping ban of two years after testing positive for Clenbuterol during that year's race.

Jamaica originally won five gold medals in the sprint events at the 2008 Games.

In another development, former Jamaican world championship relay medalist Riker Hylton has filed an application to have his provisional ban for breaching anti-doping rules dismissed. World Championships medalist Kaliese Spencer like Hylton was also alleged to have violated article 2.3 of the JADCO Anti-doping Rules 2015 that speaks to "evading, refusing or failing to submit to sample collection.