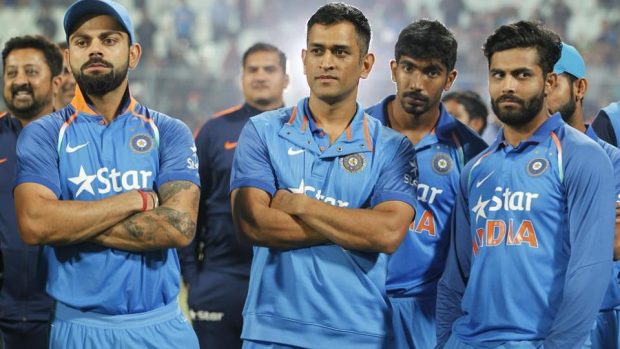 In a letter addressed to Indian sports minister Rajyavardhan Singh Rathore, WADA said the fight of Indian sports against doping could be affected if NADA loses its compliance with the World Anti Doping Agency Code. Furthermore, India would then be left with no WADA-accredited agency to test its athletes. WADA director general Olivier Niggli warned NADA of India may risk its compliance with the WADA Code as its testing program will not be fully effective. Niggli added we are following up with the ICC for assistance in addressing this issue. The WADA director general also commented that it is our understanding that anti-doping rules of NADA give it full jurisdiction and authority over all sports in India.

This comes after a WADA report of 2016 that disclosed that one Indian cricketer has tested positive for banned substances among the 153 BCCI accredited cricketers.

The primary objection of BCCI is to the "whereabouts" clause of WADA that allows for the out-of-competition testing of cricketers. Indian cricketers are not comfortable sharing their whereabouts and had cited infringement of privacy and security issues.

The Board of Cricket Control in India has engaged a private dope testing agency - International Dope Tests and Management (IDTM) - for the collection of blood and urine samples of Indian cricketers. However, IDTM is not recognized by NADA.

Rahul Bhatnagar, secretary of ministry of youth affairs and sports, confirmed that a letter has been received by the ministry from WADA complaining about non-compliance in cricket. The secretary of ministry of youth affairs added he has spoken to Director General of NADA Naveen Aggarwal and instructed him to enforce the WADA code in its entirety on Indian cricket. Bhatnagar added we will deal with things if BCCI objects at any point to tests being conducted by NADA. He added NADA as of now will proceed with tests as per the WADA code on Indian cricketers.

In the past, the Indian cricket board has always maintained that it conducts doping tests on a regular basis. However, it has been revealed that the Board of Cricket Control in India (BCCI) does not even recognize NADA and its rules even after getting approved by the cabinet.

Injeti Srinivas — Director General of Sports Authority of India — wrote in a letter to Committee of Administrators' (CoA) chairman Vinod Rai and CEO Rahul Johri that the anti-doping rules of NADA, which were approved by the cabinet, give it full jurisdiction and authority to implement the anti-doping measures with respect to all sports in India, including cricket. Srinivas requested the CoA to intervene and facilitate NADA to implement the anti-doping program with respect to cricket in India with full cooperation of the BCCI. It was further added that the National Anti-Doping Agency of India may run the risk of becoming non-compliant with the WADA Code.